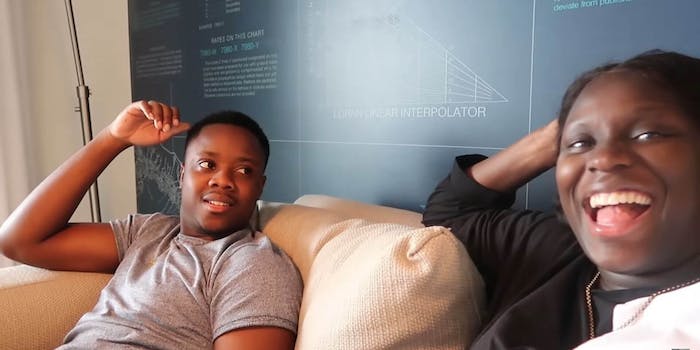 They have more than 1.4 million subscribers.

A YouTube couple with nearly 1.4 million subscribers was sentenced to prison this week for stealing government funds, including those earmarked for Social Security recipients.

Billy Altidor, 28, and Evanie Louis, 27, pleaded guilty last year to charges of conspiracy to commit theft of government funds and aggravated identity theft. The pair, who run the B.E.A.M Squad YouTube channel, faced a maximum of seven years in prison for their crimes. Altidor on Monday was sentenced to two years and Louis was sentenced to 366 days, according to the Associated Press.

The Justice Department said Altidor and Louis used stolen personal information in 2014 and 2015 to access the Social Security online portal and take benefit payments that were earmarked for others. They then redirected that money into accounts controlled by their co-conspirators.

According to the DOJ, “The conspirators accessed or attempted to access [Social Security] accounts belonging to over 1,400 different individuals, without the victims’ knowledge or authorization.”

In addition to their jail time, the two must pay about $94,000 in restitution.

In five years on YouTube as B.E.A.M Squad, the couple has accumulated more than 232 million views in videos that feature their two young children. The channel description says, “We do challenges, pranks, and spill our relationship teas. We enjoy creating fun videos so much that we upload almost everywhere.”