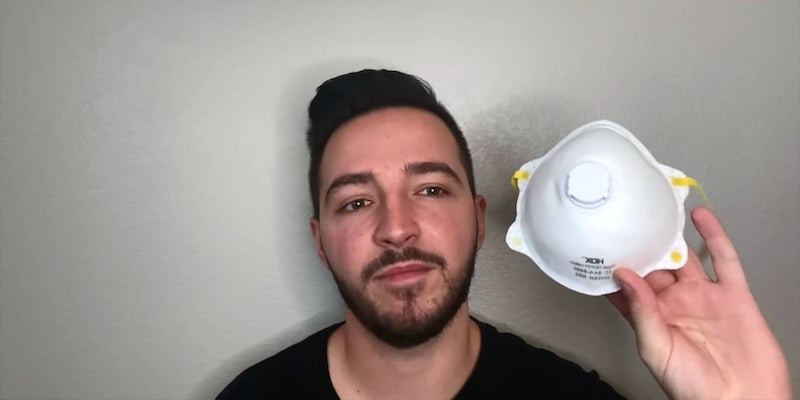 His symptoms are mild, but he is dismayed with his experience.

A YouTuber who said he’s tested positive for coronavirus detailed his journey on his channel on Saturday, saying he had a difficult time getting help from the medical community when he was showing symptoms. Now that he has COVID-19, he described what he’s gone through since the beginning of March.

Drei Marghitas—who has about 200 YouTube subscribers but whose video has compelled more than 30,000 people to click—said he thinks he was infected by a friend during a birthday party on Feb. 29. Marghitas said he was waiting in line for the bathroom when he saw a buddy. They briefly shook hands and embraced, and even though Marghitas washed his hands a few minutes later, that encounter is when he believed he contracted the virus.

“I believe it was from us being face to face and breathing in the same hello to each other,” Marghitas said.

A few days later, the 27-year-old said he started feeling sick with common cold symptoms. Since he has a 1-month-old baby in the home he shares with his fiancé, Marghitas said he quarantined himself to the spare bedroom. He said he went to an urgent care facility while wearing a face mask and gloves on March 4 but that the doctor made jokes.

Later that day, the friend he had encountered at the party said he had tested positive for coronavirus. That’s when Marghitas began trying to find out more information.

“I call everybody and nobody can help me,” he said. “I called the CDC. I called the Arizona Health Department. I called nine different hospitals in Phoenix, Arizona—anybody you can imagine. … Nobody knew anything. It was absolutely ridiculous trying to get help. I was mocked. I was laughed at. I was refused. They just don’t know. The medical industry is in complete shambles, and nobody can help you.”

Now that he’s tested positive for the virus, Marghitas ran down his symptoms, most of which he said were relatively mild. He’s had a mild fever and minor coughing—with the exception of a scary five-minute spell one night—and he’s suffered headaches.

“My symptoms have come and gone,” he said. “It’s not been anything that’s been consistent … It felt like your typical cold or typical flu with the exception of these random drastic things happening at random times. … I’m not deathly ill. I’m not dying.”

But clearly Marghitas is frustrated with the medical system. And he’s ready for his ordeal to be finished.

“My experience has sucked. It’s absolutely sucked …” he said. “I feel like if I was 60 years old, there’s no way I’d be able to deal with it. It did kick my ass a little bit.”