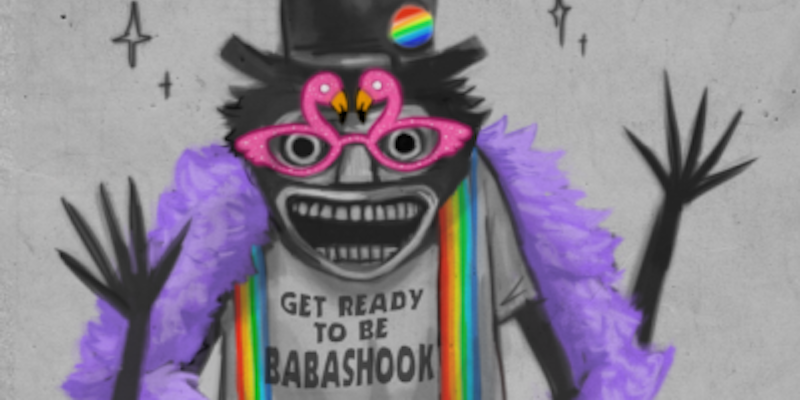 ‘Babadook’ is returning to theaters, and proceeds are going to LGBTQ groups

Babadooks have been showing up at Pride events all month.

The horror movie that accidentally launched a million queer memes is returning to theaters. Or one theater, for now.

2014’s The Babadook became a meme recently after Tumblr users spotted it suggested under Netflix‘s LGBT menu. The fact that the movie doesn’t particularly feature any queer themes or characters inspired teens to exalt the top hat-wearing monster as an icon in the community—why else would the movie be tagged that way?

Babadooks have been showing up at Pride events all month, earning the title of “unofficial mascot” at Los Angeles pride, and now the meme has apparently gained so much traction that the indie film will be showing at one Los Angeles theater.

From June 23-27, Arena Cinelounge is hosting screenings of The Babadook with proceeds going toward “LGBTQ awareness.” The theater will also host a panel discussion titled “Babashook: From Monster to Cultural Icon,” and has invited fans to Babadook cosplay and karaoke at a local bar. There’s basically a full itinerary of Babadook-related events that they’re making available to the greater Los Angeles area.

THE BABADOOK is coming this Friday with special events, fundraisers, secret cosplay karaoke and more!!! Find it https://t.co/qqbJYnEQrX pic.twitter.com/wIhyUuOjF6

We reached out to IFC (the movie’s American distributor) to see if any similar screenings are in the works across the country, and will update this post if we hear of more.