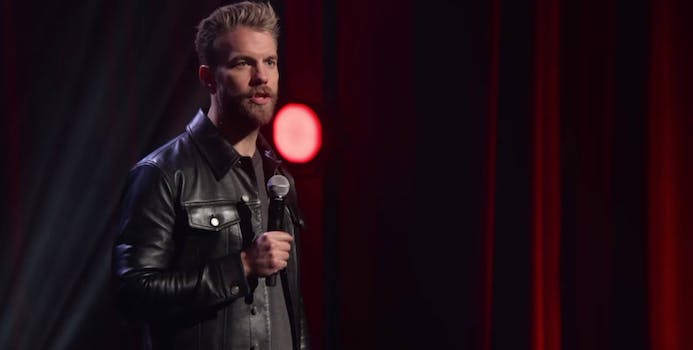 Anthony Jeselnik on Louis C.K.: ‘I don’t feel bad for him at all’

'The question is, should you buy a ticket? And that’s up to the audience member.'

Anthony Jeselnik is “fascinated” by Louis C.K.’s attempts at a comeback.

In an interview with the Daily Beast’s The Last Laugh podcast, Jeselnik spoke about his new Comedy Central talk show Good Talk, which debuts Friday, as well as the types of jokes he won’t tell anymore, being “uncancelable,” and his recent Netflix special, Fire in the Maternity Ward. Asked about C.K.’s comeback after multiple women accused him of sexual misconduct, Jeselnik responded: “People keep asking the question, should he be allowed to perform? And I think that’s the wrong question. This is show business. It’s not fair, just, or even remotely reasonable. The question is, should you buy a ticket? And that’s up to the audience member.”

He went on to point out that Netflix gave Aziz Ansari a “platform” to apologize for his own misconduct, so why wouldn’t they do it for C.K.:

I’m not sure that Netflix would be completely against putting up his special. I don’t know if I would watch it, but I’ve read every single article about it. I’m just fascinated. It’s like watching somebody fall down. I don’t feel bad for him at all. …I think that he did this. And if he can fight his way back, I’m interested in watching someone drag themselves through barbed wire.

“I think it’s funny just to watch this guy who was like the comedy god for 10 years have to eat all this shit,” he says.

But Jeselnik sees one plus to C.K. having to disappear, however briefly: “Louis C.K., him getting kind of taken out, I think it opened doors for a lot of people. Because he was just dominating the conversation, in a way that, you weren’t talking about anyone else.”