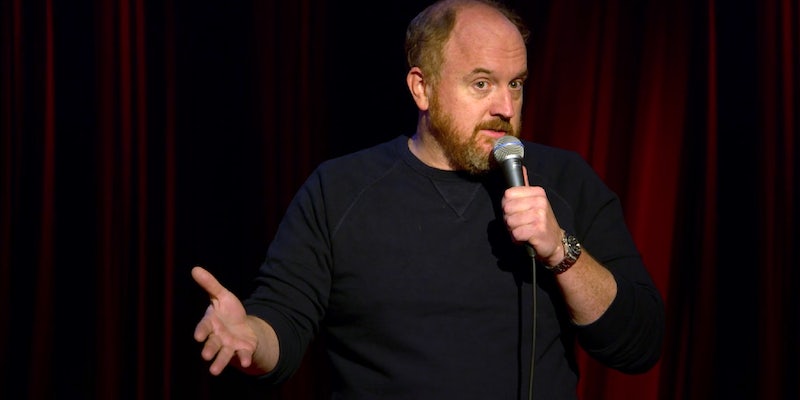 Screengrab via Louis CK: Live at The Comedy Store/Netflix

Five women say Louis C.K. subjected them to sexual misconduct, making public rumors that have followed one of the country’s most popular comedians for the past several years.

“It was something that I knew was wrong,” she said. “I think the big piece of why I said yes was because of the culture. He abused his power.”

When asked for comment, Lewis Kay, C.K.’s publicist, said, “Louis is not going to answer any questions.”

Last August, comedian Tig Notaro said C.K. needed to address his sexual misconduct issues, and she elaborated further in the New York Times report. “Sadly, I’ve come to learn that Louis C.K.’s victims are not only real,” she told the Times via email, “but many are actual friends of mine within the comedy community.”

The fallout from the New York Times report has been swift. Here’s a running list of the Louis C.K. news that’s happened since the allegations went public.

Editor’s note: This article is being regularly updated for relevance.