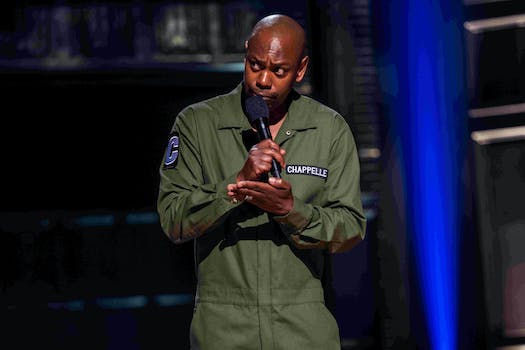 Why you should watch Dave Chappelle’s new Netflix special

Dave Chappelle minces no words in going for it all on his challenging new Netflix standup special, Sticks & Stones. Effectively tripling down on previously criticized jokes about his defense of comedian Louis C.K. and late superstar Michael Jackson, the comedian absorbs the critiques as new avenues for the material. He also digs deeper into the ills of social media and “cancel culture” in unexpected ways.

And yes, he also refuses to stop picking on the trans community in de-humanizing fashion, and it remains a blindspot for a comedian whose career is tied to jokes about social justice. He appears to even court backlash from the LGBTQ community, and people who support them, because Chappelle doesn’t seem to think that the affluent white people among them support Black people, or their struggle, many of whom are queer. In trying to call out hypocrisy, he’s just normalizing mean jokes about trans people, some of the most marginalized people in the world.

So it should come as no surprise that this week the comedian’s wildly divisive special was met with calls for his own cancellation.

"But Dave Chappelle *is* a minority."

Yeah ok, but he's not part of the minority that he's making fun of. Black cis people can be transphobic in the same way that white trans people can be racist.

Don’t care that Dave Chappelle made some people feel good in Dayton this weekend. He’s an awful unrepentant transphobic person who punches down in the name of comedy. No thanks. pic.twitter.com/ZAYnbEVhjV

My God. I just realized we are days away from an opinion piece accusing Dave Chappelle of being a black, white supremacist.

Chappelle’s Show brought me many laughs when I was a kid. I watched it so much, and was so sad it ended. For years, old repeats and stand-up specials were all we had of a living legend.

I’m thankful Dave Chappelle is back, and his new comedy special Sticks & Stones is hilarious.

However, Sticks & Stones starts with him singing lines from Prince’s smash hit “1999.” As a preface to a bit on personal collapse, he juxtaposes Anthony Bourdain’s suicide and an emotionally crushed, yet still-living friend who has never considered killing himself. The point of the joke: No matter how good—or bad—you have it, Chappelle aims to inform you that never know what’s happening in someone’s life and that there are often deeper questions to be asked for dismissal of a person.

It appears, initially, that he’s become unhinged comically, but Sticks & Stones settles into extremely calculated material, where he often emphasizes or alters tones in words or phrasing for specific effect. His surface refusal to reconsider his positioning on comedian C.K., Michael Jackson, and his transphobia is both alarming and informative, in that he apparently does not feel as he went far enough in his previous specials.

Chappelle recalls a story about the use of a homophobic epithet in an old Chappelle’s Show sketch. He’s unsure why the word was off-limits, while the N-word could be used ad nauseam. The comedian then immediately creates the same dirty incongruency with his idea around not “feeling Black,” openly asking if it would make a difference if he felt like a Chinese person inside—complete with a stereotypical accent. What Chappelle is joking about squarely lands him into blatant transphobia.

Moreover, much of this material is well-trodden, much like his defense of Jackson—at least initially. He quips that he doesn’t believe Jackson’s accusers on the wispy strength of Macaulay Culkin’s testimony that the late pop star didn’t molest him. But the point of the joke is that even though there is a lot of evidence, people just aren’t as willing to believe grown men when they say they’ve been sexually abused.

Later, more specific thoughts on Jackson arrive within the “hidden” epilogue. In a rare question and answer session, he recalls a story from the late, great Charlie Murphy, who used to regale their inner circle with his Hollywood stories. Chappelle remembers asking Murphy if the rumors about Jackson were true. Murphy supposedly (and tellingly) posits: “Say it is illegal to fuck women. How long are you staying out of jail?” 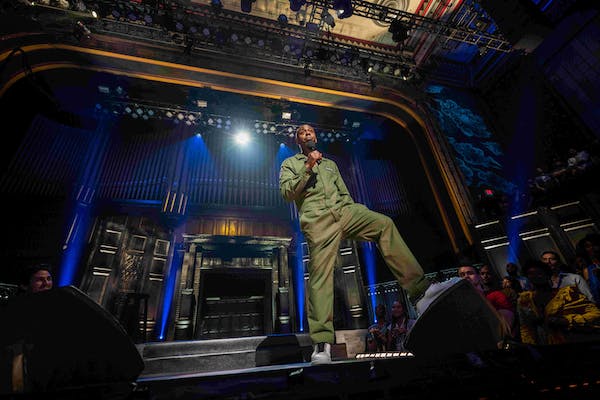 Chappelle also advocates that Black people legally buy guns as a sort of protest troll. If for nothing else, but to have white legislators alter the Second Amendment out of fear. Related to gun control, he provides a brilliant bit about the opioid crisis, which looks almost exactly like the crack epidemic of the ’80s. He nails home the foundational, racist attitude.

“I even have insight into how the white community must’ve felt watching the Black community go through the scourge of crack,” he starts, “because I don’t care either. … Hang in there, whites. Just say no! What’s so hard about that?“

The comedian tackles identification and race in another bit that uses a car ride analogy with persons L, G, B, T, and Q. In the beginning, he implies that every rider (lesbian, gay, bisexual, transgender, queer) in the car is white. He notes the car is driven by a white gay male, who says he knows the way through discrimination because he paved the roads. Here, Chappelle calls out the historic racism that some members of the LGBTQ community routinely display toward other races, and especially the queer Black people (as a double minority) they should seem to have some kinship with. Adjoined to this idea, he also implies that they believe their queerness is more significant than the Black struggle in America. Chappelle points out that each group is actually a separate movement banded together under the umbrella acronym.

In the course, and throughout Sticks & Stones, Chappelle aims at a much larger message—the strange utility and racialized weaponization of language, coded or actualized—which varies depending who wields it.

Sticks & Stones‘ core premise isn’t built around his jokes about trans or queer people. Chappelle can and should be taken to task for his transphobia. Who, though, gets to take the people in the “alphabet car” bit to task for their exclusion of others as they demand the inclusion of their queerness? How does one reconcile identification and demand for recognition of queerness, squarely in the face of the racism/white-designated otherness that built this country at its foundations?

While not his masterpiece or a remotely easy watch, Sticks & Stones is further proof of the comedian’s greatness in measures of scale and depth. Never before has a comic combatively discussed the nuances of race in such a challenging way—exclusionary and brazen in one second, inclusive and pensive the next. Watching Chappelle in the present is like observing an all-timer fighter in his prime.