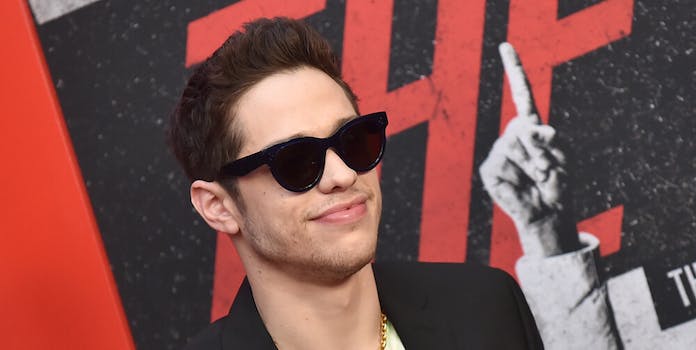 He tore into an audience after catching students recording his set.

Instead of laughs, Pete Davidson delivered an angry screed during a portion of his standup set on Monday night.

A video has emerged of the Saturday Night Live comedian yelling at a University of Central Florida crowd after audience members began recording video on their phones. Davidson excoriated the student audience for over a minute and threatened to cut his appearance short.

“I don’t have to be here. I can just give them their money back because I don’t give a fuck,” Davidson yelled.

He added that the university, located in Orlando, is in the “middle of fucking nowhere.” He went on to call the audience members “privileged little assholes.” He also said the students were “fucking retarded.”

Davidson ultimately continued with his performance after the tirade, and for the most part, it appears that his rant got more laughs than boos, though some seemed to watch in stunned silence.

He added that the students should “fucking grow up.”

Afterward, a number of UCF students took to social media to complain about Davidson’s behavior.

Mark Schlueb, a spokesman for UCF, told the Hollywood Reporter, “Mr. Davidson’s abusive language, particularly his use of a derogatory slur, is contrary to the University of Central Florida’s values of inclusion and respect for all. It’s disappointing that his rant spoiled an event that was meant to welcome students back for the fall semester.”

As comedians attempt to control the use of video recording during their performances, whether with Yondr pouches, security staff, or onstage warnings, tensions between standup comics and audience members have become more common.

Davidson’s reaction, of course, is extraordinary, and ironically created a viral moment by telling people not to use their phones.