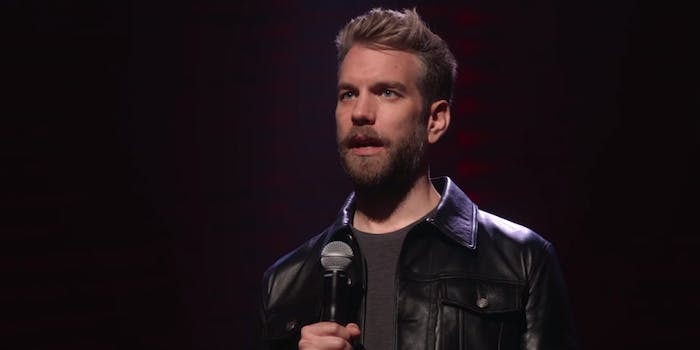 Jeselnik brings structure and economy to his dark material.

In his new Netflix hour special, Fire in the Maternity Ward, Anthony Jeselnik gets right to it. There’s no opening sequence or introduction. We’re presented with a leather-clad Jeselnik onstage, and then a measured “now.”

RELEASE DATE: 4/30/2019
DIRECTOR: Marcus Raboy
STREAMING: Netflix
Jeselnik muses on the nature and value of jokes in his latest hour.

From “now” on, Jeselnik shows why he’s one of the most disciplined standup comedians. Whereas some comics race to the punchline, he’ll repeat parts of the setup to punch up the tension. Looking back at my notes I see I had scrawled “Anthony Dice CLAY??” after one joke about a narcoleptic friend. But that doesn’t track: Jeselnik has a more controlled execution. He’s not trying to shock, though that might have been a goal earlier in his career. Jeselnik has perfected the walk-and-drop, carefully guiding us into everyday setups only to push the audience into a punchline. He stays calm throughout. 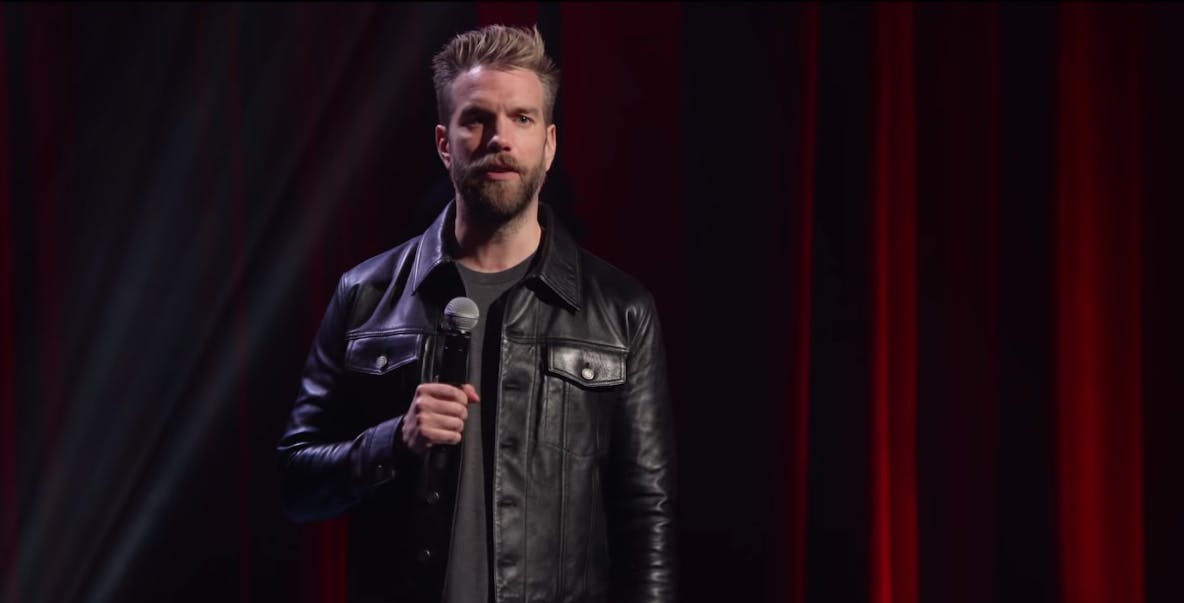 His onstage “character” could be described as an asshole or arrogant, and it’s one he’s fine-tuned. “I don’t like racism,” he says at one point, pausing before the “thank you.” But in a recent NYT interview, he said he’s had to adjust certain jokes to better align with the times, and that he’d like his onstage “villain” persona to “make a difference” somehow.

He experiments with that a little, winding up a bit about how comedy is “about speaking truth to power.” You think he’s about to step into a vulnerable, raw moment about comedy and politics, but those who know Jeselnik’s rhythms anticipate a misdirect. He indulges a tangent about baby-dropping that ends up being more absurd than the notion that comedians shouldn’t talk about politics. A comedian at his level needs to be more responsible, he says. This leads into an expertly delivered joke about denying a white supremacist a private show. 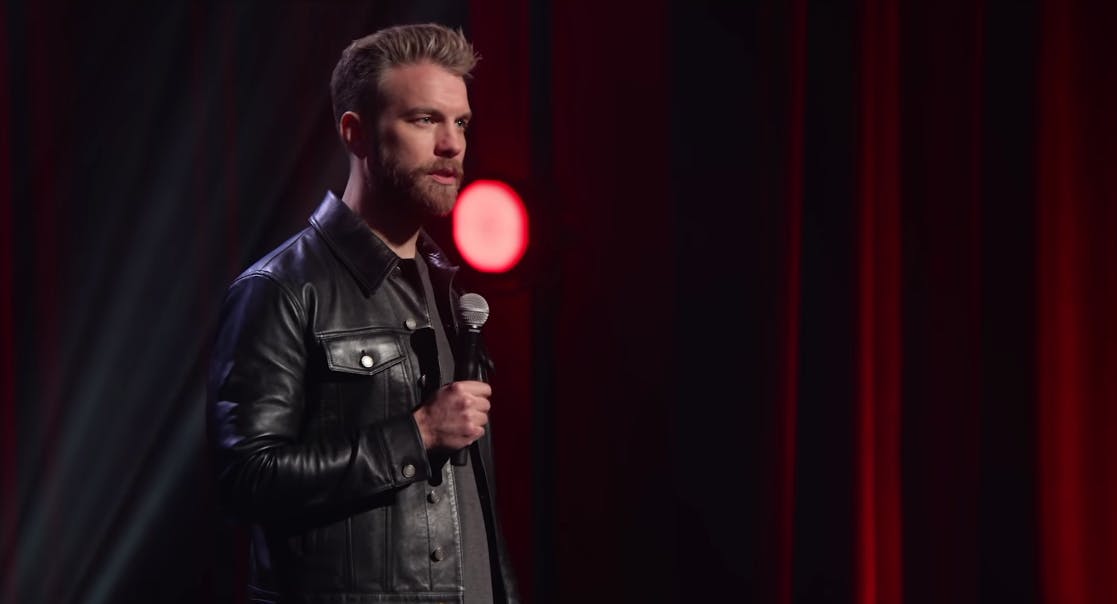 Elsewhere, he asks if the audience knows what a “false premise” is, before a story about his cat. It’s less clear if that applies to a joke about his mother’s depression, but the special does benefit from a more personal scope, and Jeselnik knows he needs that balance. He sets up his closer with another “now,” and wades into a story about taking his friend to get an abortion. He details how “boring” it all was—for him—and in the process subtly points that selfishness outward, extending it to a bit about how past audiences have reacted to that bit. He never loses his current audience.

Even if you were to voice a critique, like that perhaps the special needs less material about baby-dropping, it sounds absurd when you say it out loud. Jeselnik wins.