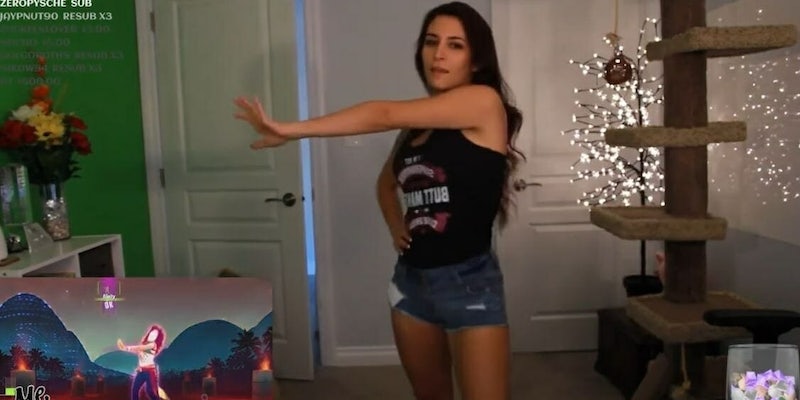 Alinity Divine quits ‘Just Dance’ streaming because of all the ‘pervs’

She loves the game, but it's all too much.

Alinity Divine is a big fan of Just Dance, a dance rhythm game that has been globally popular despite its mediocre reviews. But the Twitch star declared this week that she won’t be live streaming her performances on the platform for her more than 800,000 followers.

She said she loves the game, but she doesn’t love the aftereffects of her streams.

“Oh my god, I love Just Dance,” she said on a recent stream. “But I don’t play anymore on stream anymore. Too many pervs.”

Alinity streams plenty of other games, but she frequently seems to find herself in NSFW scenarios on Twitch. In December, she accidentally revealed a dick pic on her live stream. A few months earlier, she admitted that she once sold a bra to a fan, writing, “It was a long time ago. It’s really fucking embarrassing but I was a broke college student. This was five years ago, it’s not something I would ever do again.”

She’s been criticized by sexist gamers who don’t see her as a genuine member of their community, but she remains one of the most popular stars on Twitch.