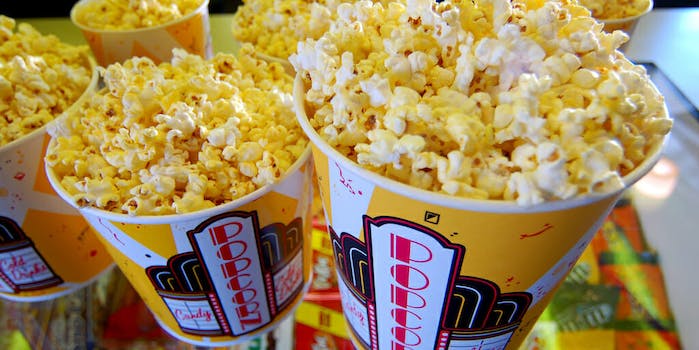 We'd like to thank the Academy for the entertainment.

Even if you aren’t Hollywood’s next big star, you’ve got this hilarious Twitter challenge to thank the Academy for. On Tuesday, the Academy of Motion Picture Arts and Sciences challenged people to describe the plots of their favorite movies in five words or fewer.

Movie buffs and cinephiles on Twitter put forward their best CliffsNotes-style plots, resulting in five-worders ranging from scary accurate to those that didn’t follow the conditions of the challenge at all.

Some results described classic blockbusters that even the most novice of movie connoisseurs could guess.

DINOSAURS
SHOULD
NOT
BE
ALIVE

a war in the stars https://t.co/6KbLztSWaf

Others took things up a notch, relying on famous movie quotes to clue others in on the movie.

Madness. Madness?? This is Sparta!! pic.twitter.com/QxRYP426eU

I don’t fel so good pic.twitter.com/0gGVWQX80w

There were also many jabs at describing the Shrek series.

The biggest fairytale crossover ever! pic.twitter.com/VMXRkUAni0

Why does this movie exist? pic.twitter.com/j9OyA1JoPQ

The best replies of them all struck the perfect balance between comedic value and simplicity.

We’d like to thank the Academy for the entertainment.