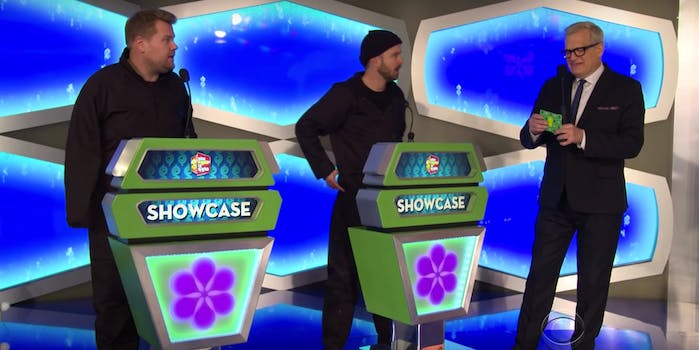 Somehow his loss wasn't even the worst part of that day.

Around 17 years ago, long before Aaron Paul became an Emmy winner and a household name on Breaking Bad, he was a heartbroken contestant on The Price Is Right who found out he went over on a showcase bid by a few hundred dollars. But James Corden just tried to help him redeem himself.

Paul and Corden broke onto the Price Is Right set—which is apparently very easy to do—to help him win the entire thing. But there’s no way he could do that without someone to compete against and a host to announce it. Drew Carey couldn’t completely replicate the experience for Paul, but he was happy to lend his hand and hosting voice. Too bad he didn’t account for inflation and car usage.

To make matters worse for Paul, he later shared that his friend attended the taping after him and ended up winning the showcase showdown.