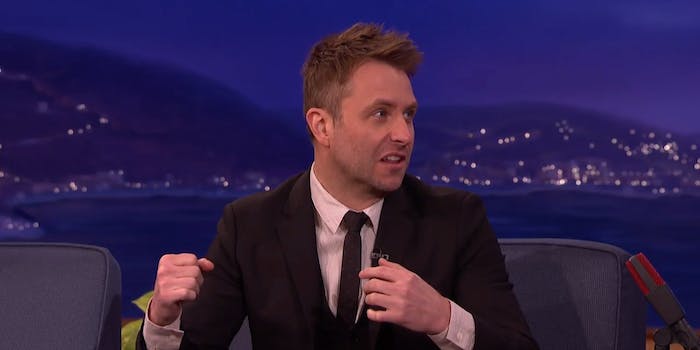 You'd totally do this too if you had the chance.

Chris Hardwick gets to hang out with our people on a regular basis, but he’s really been living our childhood fantasy once filming stops.

He told Conan O’Brien that, when celebrities come on The Talking Dead, he’ll usually take them to the set of The Price is Right once they’ve gotten all of their zombie feels out on his set one floor below.

During the latest season, he went down with The Walking Dead’s Josh McDermitt, Tyler James Williams, and Steven Yeun, where McDermitt managed to hit something contestants rarely get. And they made the awesome but rookie mistake of putting it on Instagram.

JOE MANGANIELLO! My new goal is to have every Talking Dead guest spin the Price Is Right wheel that's one floor below us.

Yeun is no stranger to visiting the Price is Right set, having gone six months ago before his castmates tagged along.

The Price Is Right wheel is one floor below Talking Dead so I took the lads out for a spin. That motherdick @JoshMcDermitt hit $1.00 on the 1st try. @steveyeun & @WillTylerJames did well too. I CAME IN LAST PLACE. As you can see here, though, I did the best spin-face.