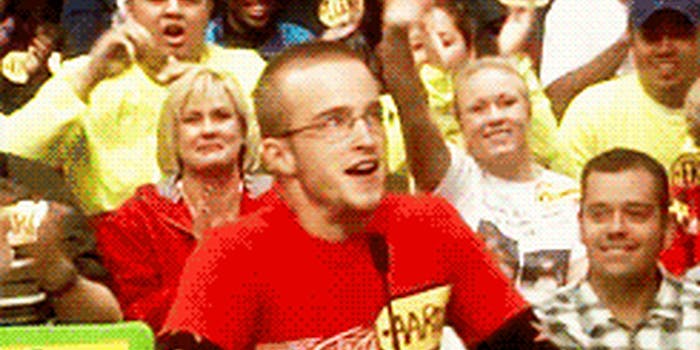 The Morning GIF: The Price Is Wrong

Breaking Bad's Aaron Paul appeared on a 1998 episode of The Price Is Right. Gatorade me, bitch; this is epic.

We all start out somewhere, yo. For Aaron Paul, currently starring as Jesse Pinkman of AMC’s mega-hit Breaking Bad, that starting point was game-show-of-game-shows The Price Is Right.

It seems clear in retrospect that Paul was destined for greatness; it’s the rare game show winner who can maintain their enthusiasm over an entire episode, even after overbidding the showcase by a hundred bucks. We could all expect to emote effectively upon winning a sports car, but how many of us would have been so thrilled with a mere washer/dryer combo or breakfast nook? Well, Walt Jr. might have that breakfast nook excitement on lock.

The Emmy-winning actor’s glorious moment of success from 1998 has entered the GIF lexicon with 4,661 notes. Paul might have only been a teenager at the time, freshly transplanted from Idaho, but that just makes him that much more endearing.

We dare you to look at these first few and not have yourself convinced he’s mouthing “It’s science, bitches!”