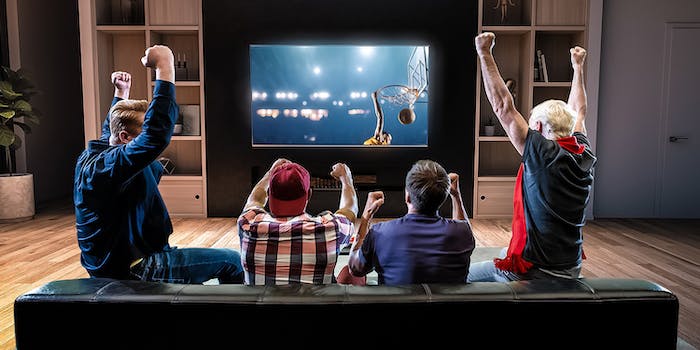 The best ways to stream live TV in 4K

The next best thing to being there in real life is watching it in 4K.

While HD is now the standard for TV, film, and most videos streaming online, some people have jumped over to 4K—a resolution four times higher than 1080p, the standard for HD. While mainstream television has yet to focus significantly on it, sports and live event broadcasters know that 4K is the future. ESPN is reportedly making a massive investment in 4K capability.

But, once you have 4K capability, you can start watching live events like you’ve never seen them before.

Fubo TV is the most robust platform for streaming live 4K sports. The service publishes their upcoming schedule of 4K streaming events, and you will often find a variety of sporting events slated for a given month. On Fubo, you can stream NFL, NCAA, MLB, women’s soccer, English Premier League, and NASCAR in 4K. Though Fubo is the most robust 4K sports streaming option, it is still considered to be in beta.

Though this app is free to download and can be used to watch 4K sports on various devices, you still have to enter your TV provider information to stream games. In that sense, this app functions similarly to other cable services that offer 4K sports streaming. A number of sports are broadcasting games through the Fox App, including College Basketball, MLB, and NFL Thursday Night Football.

Aspiring cord-cutters may not be happy to hear this, but DirecTV is still one of the best options for 4K sports and live event streaming. This season, DirecTV is streaming select NFL Thursday Night Football games. The service streams a number of NBA, college football, and English Premier league games throughout the year. Along with the other cable providers that carry 4K events, there is a specific channel that carries 4K live events on DirecTV (usually 106).

Fios doesn’t really tout its 4K offerings and most of what it does feature is often through its partnership with Fox Sports. Like some other company’s Fios streamed the Women’s World Cup in 4K. Lately, Fios live 4K appears to be confined to period NASCAR events

Xfinity X1 customers have access to a variety of 4K live sports events, including College Football and English Premier League games. Xfinity has also been aggressive in gaining the streaming rights to events like the Women’s World Cup. Xfinity users can peruse their 4K options simply by saying “4K” into their Xfinity remote.

As strange as it may sound, Dish has been broadcasting 4K sports for years. 4K College Basketball, MLB, and NCAA Football games are in regular rotation on Dish. Dish products can feel a little antiquated and equipment-heavy by comparison these days, but Dish does support 4K sports.