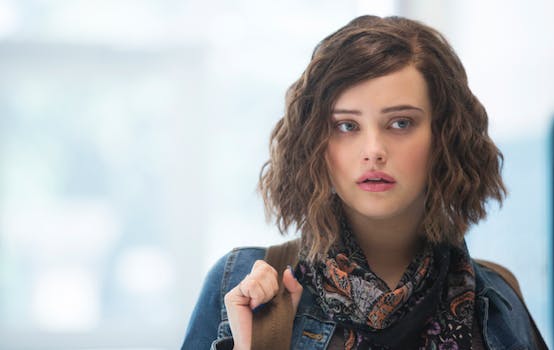 ’13 Reasons Why’ linked to uptick in suicide-related searches

The study focused on 20 related search terms, and found an alarming spike.

13 Reasons Why quickly became one of Netflix’s most popular shows upon its March release. Yet critical reviews questioned the show’s allegedly irresponsible depiction of suicide and sexual violence. Critics worried that a popularized story of one teen’s suicide might influence others, and a new report suggests that the show had a significant impact on what people are searching for online.

The study focused on 20 search terms related to suicide. It compared how often these terms were searched 19 days after the show was released with the same searches in the three months leading up to the series premiere. These searches spiked by 19 percent.

The study said most rising searches “focused on suicidal ideation.” This includes the term “how to commit suicide,” which rose by 26 percent. The search for “suicide hotline number” rose 21 percent. Searches considered “public awareness indicative searches” also rose: The search for “teen suicide” itself increased by 34 percent.

Overall the study found between 900,000 and 1,500,000 more searches than expected in the 19 days following the release of the streaming series.

The study admits that it’s unclear if searches have any direct relationship with suicide attempts. It concludes that 13 Reasons Why “has both increased suicide awareness while unintentionally increasing suicidal ideation.”

The show is based on a popular book by Jay Asher. In the series, teenager Hannah Baker commits suicide and leaves behind 13 tapes explaining why. The tapes are addressed to various people and include details of bullying, assault, and other things that are an effort to explain who is responsible for her death.

“We always believed this show would increase discussion around this tough subject matter. This is an interesting quasi experimental study that confirms this,” Netflix tells the Daily Dot via statement. “We are looking forward to more research and taking everything we learn to heart as we prepare for season 2.”

Netflix responded to initial backlash toward the show earlier this year by adding explicit trigger warnings to the episodes. They are intended to help warn viewers of the graphic content that will be included in each episode. The show is also accompanied by 13reasonswhy.info, a website dedicated to providing mental health resources to its audience, including a crisis text line and the contact of the National Suicide Hotline.

“My initial impression was that Netflix did a very good job of creating a national platform to start talking about suicide,” Caroline Fenkel tells the Daily Dot. Fenkel is a licensed clinical social worker and psychotherapist at Newport Academy, a national treatment center for teens dealing with depression, anxiety, eating disorders, trauma, and substance abuse.

Fenkel says that the results following the release of the show are not surprising, and in fact reflect the show’s success in starting a discussion on such a stigmatized topic.

“This is a topic that is often misunderstood and people are searching this to understand better,” Fenkel says.

Fenkel thinks that one of the reasons for the large increase in searches is that there are a lack of resources available for suicide awareness.

“I think that people should be concerned that suicide prevention has very little funding, and that people have to go to the internet to find out more about suicide,” Fenkel says. “That’s more concerning, because they don’t have accurate resources or because they don’t feel comfortable going to their parents since it’s so stigmatized.”