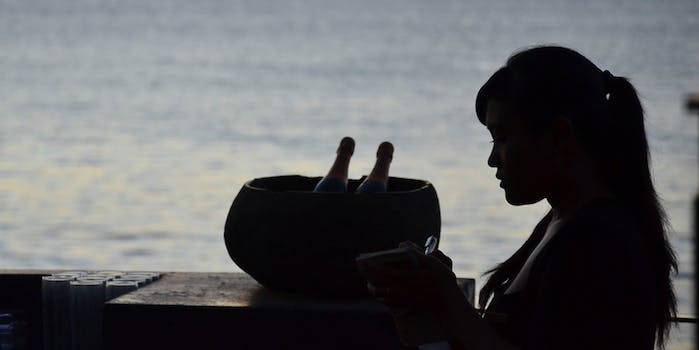 Tangled Web: Is this a tweetup, or are we dating?

Platonic meeting betweet Twitter friends, or the start of something more?

I made plans to have a drink with a guy I know from Twitter. How do I tell whether it’s a tweetup or a date? We are both single, but unfortunately I know that from mutual acquaintances, not because he said, “Do you want to go get a drink, and also just so you know I’m single.” I think I’d be able to interpret that.

You probably won’t be able to know for sure in advance, unless those acquaintances could give you an inside line (and even then, you’d want to take what they said with a grain of salt, since acquaintances don’t always know the whole story). If he invited just you for a drink, rather than trying to convene a group, that’s a good indication that it’s personal. But that’s sort of the only indication that you’re going to get. I mean, assuming he doesn’t email you to say, “Hey, here’s the bar we should meet at, because it’s right next door to the love hotel.”

Once you’re out with him, there are a few indicators that he intends it as a date:

1) He talks about relationships and other personal history stuff. Some people are just more open than others, so this is far from a sure thing, but I’d say that on average Twitter meetups tend to talk about Twitter and things associated with Twitter (work, mutual acquaintances, stuff you read on the Internet) and dates tend to be more personally revealing.

2) He asks you a bunch of questions about yourself. Same deal.

3) He does the Cosmo touch—you know, the one where you just lightly touch a person’s arm when you’re making a point or reacting to something they said. The one that comes off like a deliberate and calculated Dating Move that you read about in a magazine, even if it isn’t.

4) He tries to kiss you. That’s a pretty good sign.

Far and away, though, the best way to tell whether something is a date or not is to say, “Yo, is this a date?” (Alternately, “Was that a date?” if you have to ask about it afterwards, because you did the whole thing and you still couldn’t tell.) You can do it in DM if that’s easier than asking face to face. It’ll save a whole lot of hand-wringing, second-guessing, game-playing, and analyzing texts with friends if you can just develop the basic ability to talk candidly with one another right off the bat.

That is, unless you enjoy that whole high-school thing where you tie yourself in knots trying to analyze every tiny nuance of someone’s behavior. There’s something to be said for that hobby, and it’s probably no less of a waste of time than Candy Crush. In that case, you’re in luck—instead of casually and clearly determining whether your intentions are on the same page, you can instead scrutinize his tweets for hours or even days after the not-date-date, trying to find out what it all meant. Then you can go back to snorting ammonia and hitting yourself in the head with a hammer, which I can only assume are your other hobbies.