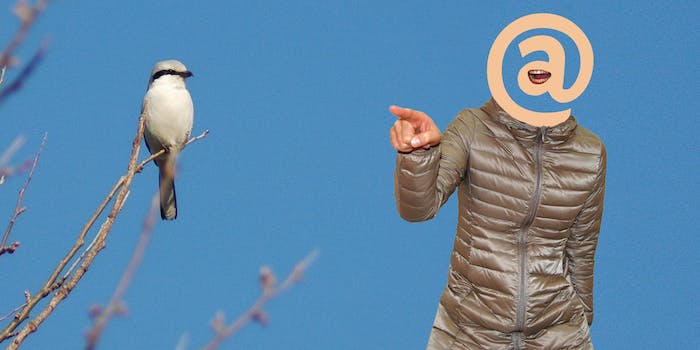 We all like to poke a little fun—especially on Twitter. But what's the line between funny and cruel?

I like to make jokes on Twitter and that includes making fun of people. But now that people actually seem to be listening to what I’m saying on Twitter, those people sometimes see that I’m making fun of them or something they like and respond. I am conflict-averse, and generally worried about hurting people’s feelings with my bad jokes. Do I have to stop making fun of people on Twitter? 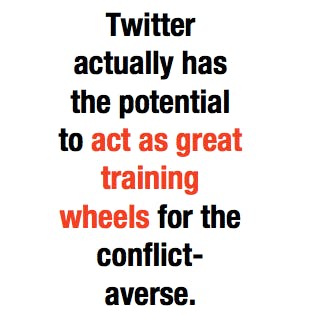 Twitter actually has the potential to act as great training wheels for the conflict-averse. When people respond unreasonably, they’re easy to block. When they respond reasonably but argumentatively, the short format requires both of you to think carefully about your words—and if necessary, offers you a perfect out (i.e., “This has been interesting, but it’s clearly too complicated to talk about on Twitter—140 characters is not enough!” If it’s really been interesting, you can offer to follow up sometime over a beer and then never do it).

So, no, you don’t have to stop making fun of people on Twitter, and in fact you shouldn’t. But you do have a responsibility to avoid being cruel. Now that you know there’s always a chance the butt of your joke might see your barb, take that into account before you hit “send.” If you’re saying something that might start a discussion, or even an argument, fine—make your joke, and if you then having to fight about it it, enjoy getting some practice in defending your opinions instead of running from conflict. If, on the other hand, you’re saying something that would solely hurt someone’s feelings, give it a miss.