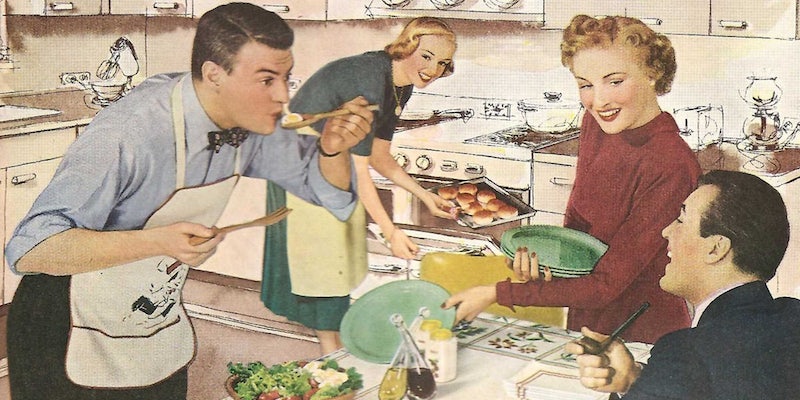 The hostess with the mostest… annoying emails

Have you ever encountered one of these party planning overzealous emailers?

A parent of one of my kid’s classmates has generously volunteered to host a potluck for all the parents in the class. (It’s one of those weird socializing things where you’re supposed to like other people because your kids see each other every day, which doesn’t actually make any sense.) So Annoying Anneliese sent out an Evite to all the parents in the class about a month before the party, let’s say on September 9th. Then, on September 10th, she sent out another Evite, as well as a separate email asking everyone to make sure the Evite didn’t go to their spam folders. Then there was an Evite reminder on the 14th, then on the 18th, then the 25th. On the 30th, just for good measure, there were two reminders! The party is not for another week yet, so I’m guessing we’ve got at least two more emails to go before the onslaught is done, if not 10 more.

Here’s my question: What the hell?? Why is this crazy lady doing this? She does it for every single party she gives! Is there any way to put an end to the madness? It doesn’t seem possible to opt out of these without creating an Evite account (no thank you) and I can’t risk hurting her feelings and generating bad will (because she’s clearly nuts). Yes, I could set up a rule to hide her emails, but I don’t want to hide all Evites. I’ve already responded that I can’t come! Is Evite trying to kill me?

There are a few reasons why she might be doing this—she could be genuinely bad at using Evite properly; she could be passive-aggressively hounding people who didn’t RSVP; she might be a natural micromanager who thinks it’s her job to arrange your calendar from afar; she might be the kind of person who needs a kabillion reminders if she’s actually going to do something and assumes others are the same. It probably doesn’t really matter why. What matters is figuring out what to do about it before you start forcing your kid to boycott all class parties out of spite.

There’s an argument to be made for gritting your teeth through the next ten (or whatever) emails. She’s not going to be the host of every class party, so this may be a temporary ordeal that will be over in a week. It’s not incumbent on you to correct her behavior for others, especially if she’s so brittle about it that she might have her feelings hurt by a simple request for reduced email volume; if she’s soon to be Not Your Problem, you could just wait it out.

So here are your options: One, the direct route, where you compliment her fulsomely for taking point on this potluck, and then add, “…but do you mind sending just one Evite and one reminder next time? I was getting so many emails from Evite that they started getting sent to spam!” (I authorize you to tell a white lie, which she will almost certainly never see through, because anyone who sends two Evites for the same event is probably not super tech-savvy. Anyway, you didn’t say WHO was sending them to spam.)

There’s also the indirect route, where upon receiving your first Evite for an event she organized, you immediately set up a Gmail filter for anything coming from Evite and containing the words “Preschool Potluck” or whatever she’s named her event. You could also do a blanket filter on anything coming from Evite and containing the word “reminder” in the subject line. (If you don’t use Gmail for your regular mail, and can’t figure out how to do similar filtering on your account, just register a Gmail address and give that one to parents who are organizing parties. You can set up a filter where it only forwards initial Evites to your main account, not reminders.) Both will cut down on your Evite mail in a targeted way without the risk of missing invitations you actually want to see.

Call me passive-aggressive, but I’m actually in favor of the indirect approach here. Other parents may appreciate her belt-and-suspenders approach, and on a scale of one to “mass emails about Obama’s birth certificate,” this isn’t hideously rude online behavior. It is at worst really annoying. Gmail gives you pretty powerful filtering tools; use ’em. You’ll miss them once you get to the party.