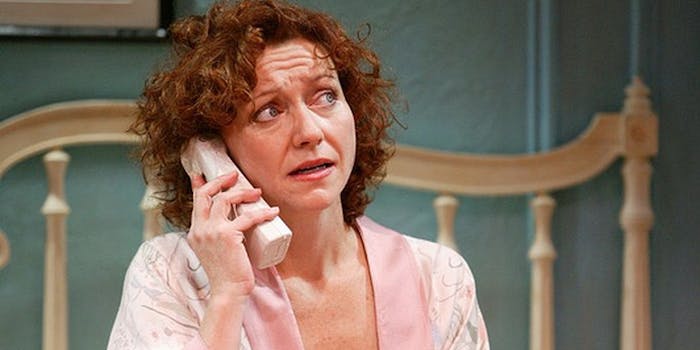 When to back away from your online dating mistakes

I thought it was just a neutral little, "Hey, where do we stand?" email!

I sent a guy a kind of awkward email asking where he saw our relationship going (just asking, not proposing anything!), and he totally misinterpreted it, decided I was getting too attached, and told me we needed to take a break. I tried to clarify in email and chat but he’s acting really chilly. This is all a huge misunderstanding but I’m not sure how to get him to understand that if he’s not really responding to chats or emails.

Oh man, stop talking to him. Or more accurately, stop talking at him, which is what you’re doing if he’s not talking back. Hide him on chat. If you have Gmail, install Google Labs’ “Mail Goggles” feature, which forces you to do math problems before you can send mail at times when you’re likely to be drunk. (Nooooo… I just checked and they don’t have Mail Goggles available anymore! But at very least, while you’re in the Labs tab, enable “undo send.” GUYS PUT MAIL GOGGLES BACK.) Take him out of your contacts list if the autocomplete is making it easier to send emails. Or compose them but save them to drafts (do not put his email address in the “to” field, just in case you hit “send” accidentally—but you also enabled “undo send,” right? Right?). If that doesn’t work, bury your computer.

It sucks being misunderstood, but if you said one thing and he heard another, talking at him more is probably not going to help. One of you may need to get better at communication, either you at expressing yourself, or him at listening. Or both. Or you may just not be operating in the same idiom; you may be talking past each other, or using slightly different definitions for your terms, or you may just have different communication styles. If you’re like me, all this sounds like something you could fix by throwing more words at it, but it’s not. At least, not right now.

Look, I process through text too. If I’m upset about something I go for Gchat or Twitter DM like it’s a course of antidepressants, and I have saved and sustained plenty of friendships through forthright and hopefully compassionate emails. I love the feeling of using words to get incrementally closer and closer to a working model of someone’s operating system. But not everyone works like that, and if they won’t meet you halfway, you’re just chasing them around with fistfuls of text. It’s unseemly, and it gives you reams of stuff to agonize over later, wondering which sentence could have been clearer, which word was mis-chosen, where you went wrong.

Forget it. Let it go. When you sit down to write an email, switch to Spotify instead and put on the new Janelle Monae album and dance. And if you need to spend a bunch of words on it, to feel you’ve said your piece, well…have you considered trying your hand at semi-autobiographical fiction?