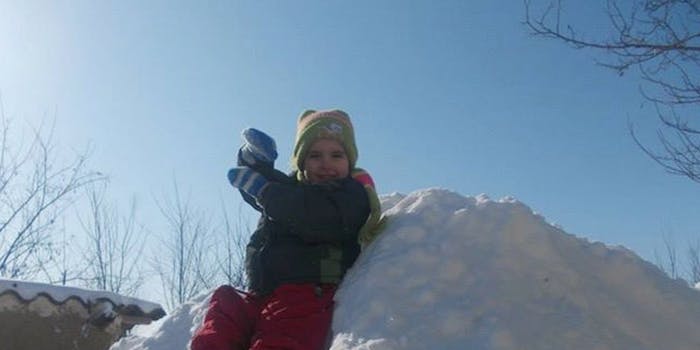 From feel-good to totally freaky, these mashups on YouTube Doubler are totally can't-miss.

YouTube Doubler, a service billed as a “mashup helper,” allows people to play two YouTube videos side by side, starting each at a specific time marker if so desired. In its few years of existence, the site has been host to all manner of bizarre juxtapositions, but a few notable trends have emerged.

Clearly, music is a big part of the equation. So many viral videos come to us without the musical accompaniment that would vastly enrich our viewing experience. To that end, some VJs, as YouTube Doubler terms its users, have provided loving soundtracks to otherwise familiar pieces. We all remember the “Double Rainbow” phenomenon, for example—but what if it were set to the gorgeous ambience of Brian Eno’s “An Ending (Ascent)”?

Likewise, “Cute Dog Rides Turtle” is such a relaxed affair that it ought to be scored by chillwave maestro Washed Out’s “Feel It All Around.” One wonders, after a while, how either video could exist without the other.

I guarantee you’ll never look at giraffes the same way again after seeing one run after a jeep to the panicked strings of John Williams’s “T-Rex Chase” from Jurassic Park.

Feel-good mashups, however, are just the tip of the iceberg; YouTube Doubler VJs also enjoy going in the other direction for completely disturbing effects. Unhinged political rants from the likes of Glenn Beck or Alex Jones are a favorite starting point, and they pair nicely with moody post-rock from Godspeed You! Black Emperor and Clint Mansell’s “Lux Aeterna” leitmotif from Requiem for a Dream. (Beck in particular sounds like a crazy street preacher Godspeed would have dropped into the mix anyway.)

For an even weirder experience, check out the Twin Peaks theme vs. “how to make iced tea (the creepy way) with Steve Sutton,” who is already more or less doing an impression of a David Lynch character.

Then there are the simply unflattering comparisons. Usher and the infamous “man goat,” for example—or a commercial for motorized wheelchairs and the Boston woman who tried to ride an escalator in hers.

A couple stellar entries work best if you mute the left video, which should really be an optional setting at this point. Get on it, YouTube Doubler!

At the end of the day, though, this remix might be the best thing on the entire site. Who would have thought that a MIDI beat and Marvin Gaye would sound so right together?