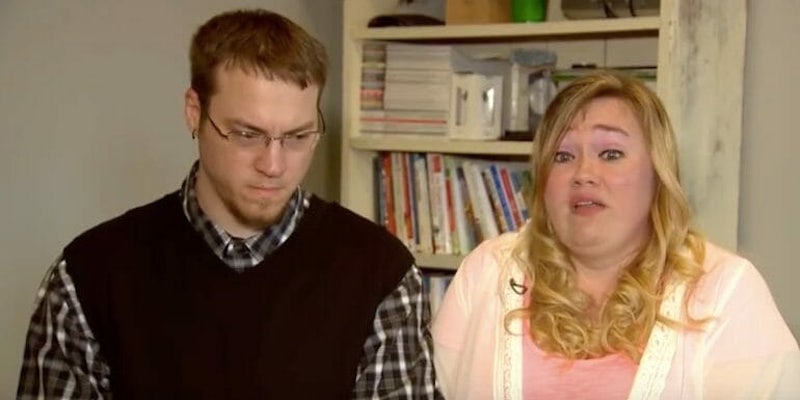 'DaddyOFive' made national news for viciously pranking his own kids on YouTube.

Last week, the YouTube community was up in arms over DaddyOFive, a YouTuber whose “prank” videos targeting his kids appeared to cross the line into child abuse. The controversy seemingly ended with Mike “DaddyOFive” Martin ceasing to make new videos, and two of his children transferred to their birth mother’s custody. But the DaddyOFirestorm isn’t over. Now some YouTubers say their accounts are being taken down for bringing DaddyOFive’s upsetting videos to light.

In a video called “Youtube is DELETING MY CHANNEL for DaddyOFive Videos,” a modestly popular YouTuber called Ragestew alleges that his account is being removed for posting a montage of DaddyOFive clips that showed hitting and other “fucked-up” activity in DaddyOFive’s household.

YouTube gave Ragestew a “strike,” the first step toward total channel deletion, due to the inappropriate content in the video. This is ironic, he says, considering that YouTube did nothing when DaddyOFive, who had 750,000 subscribers, originally posted the same footage. Ragestew only has 11,000 subscribers and feels he and other small channels are being bullied for helping to call attention to a serious situation.

The #HelpRagestew hashtag is starting to spread on Twitter, and people are using it to point out YouTube’s apparent hypocrisy. The same video that earned Ragestew a strike is still up on DaddyOFive’s channel.

It’s not clear why people talking about the Martin family on YouTube are suddenly receiving strikes, but Joy Sparkle BS has a theory. She believes the Fallston Group, the PR company that’s working to salvage the family’s reputation, was behind the takedown attempt, although she’s unable to prove her accusation. The company published a blog post last week explaining why it was standing by DaddyOFive and his wife in the face of the abuse allegations:

“After much discussion and evaluation, our team decided to help this family through what they describe as the most difficult period in their lives and as they strive to set things right…it’s what our company commits to do with our clients. This is not a PR play, but a very serious crisis management situation which requires a broad, long-term view within our three core verticals.”

Joy Sparkle BS later announced that her YouTube strike, and that of another YouTuber, Suit Yourself, had been lifted.

Ragestew is hoping a public campaign will get his strike lifted too, because it means he can’t livestream or fully monetize his videos. He’s reaching out to prominent YouTubers—like Philip DeFranco, who brought the DaddyOFive story into the mainstream—with a plea to spread the word.

Update 11:12am CT, May 6: The Fallston Group has released a statement to the Daily Dot.

“We reviewed the video link you sent to Fallston Group for comment, and the YouTuber’s accusations are baseless and simply untrue.”