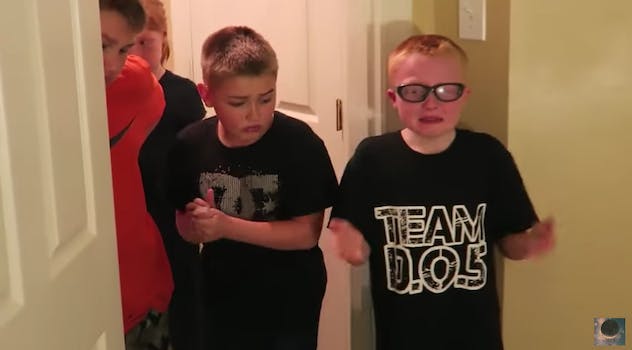 This week has seen a stir of controversy surrounding a popular YouTube family known as DaddyOFive.

Mike and Heather Martin routinely post videos to their 800,000 followers of the couple pranking their children and their subsequent responses.

This week, though, it appears the couple went too far, and now many are calling for the family to be investigated by child services.

The seven-minute long prank video that started the incident involves the couple spilling disappearing ink on one of their children’s carpet, then berating him for doing it, while the tearful kid wails and wails.

YouTube pulled the video and the controversy bubbled over when popular vlogger Phil DeFranco posted a breakdown of their videos, calling the couple child abusers to his 5.2 million followers.

As backlash ensued, the Martins posted a video saying the pranks were all in fun, and that these accusations against the family have “torn them apart” and are categorically false. They also removed all their videos from their site.

Now, people are reuploading the “invisible ink” prank to YouTube.

Be the judge yourself.

Warning: Some viewers may find the content of this video disturbing.