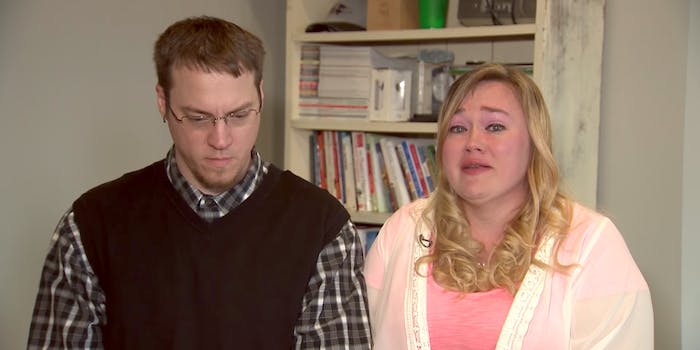 Their biological mother is speaking out.

On Monday, the biological mother of two of the children featured in the DaddyOFive YouTube channel and its related alleged child abuse scandal announced that she has obtained emergency custody of those children.

In a new YouTube video with her lawyer Tim Conlon, Rose Hall explained that Cody and Emma—who appeared to receive the brunt of the abuse in the DaddyOFive YouTube videos by their dad and stepmom, Mike and Heather Martin—are now living with her in North Carolina.

“They’re doing good, they’re getting back to their playful selves,” Hall said throughout the video. “They were reunited with their grandparents and their cousins … Cody is starting to remember everybody, and he’s happy to be home.”

Conlon takes the lead throughout the nearly-10-minute-long video, sharing that he and Hall went before a judge in Frederick County, Maryland, on Friday for Hall’s emergency custody. Afterward, Conlon said Frederick County law enforcement helped the mother retrieve the kids, and that the children are now in “deprogramming” mode.

While the pair’s verbal description of Emma in the video appeared to show that she, in particular, is adjusting easily to the change, Conlon said Hall was initially worried about Cody’s reaction to the retrieval.

“One officer brought him out to the car. He said some things that were disturbing, that he hated me, that Mike and Heather told him I threw him away, like he was garbage and I didn’t love him no more … That’s not true at all,” Hall said, elaborating that she had brought him a keepsake he earned from a school program to calm him down. “He has a long road to recovery. It’s gonna take a lot of counseling to help him, a lot of family counseling to get us back on track as a close, tight-knit family, but I know he can do it, and we can all get through this.”

At the end of the video, Hall thanked the YouTube community and several individuals for bringing attention to the Martins’ treatment of the five children, including popular YouTuber Philip DeFranco, who first showcased the videos featuring abuse in an April 17 video.

Hall’s emergency custody and retrieval of the children took place on the same day that the Martins appeared in a prerecorded segment on Good Morning America and apologized for their behavior in the videos.

The parents, however, maintained that some of the children’s emotional reactions were staged and that the children were in on the pranks most of the time. According to the program, the parents are currently being investigated for child abuse, and had also been monetizing the videos to the point of being able to open college funds for some of the children.

Last week, the Martins issued an apology on YouTube, taking responsibility for subjecting their children to screaming and cursing, as well as physical abuse. “This has been the absolute worst week of our lives, and we realize that we have made some terrible parenting decisions,” Heather Martin said in the video. “We just want to make things right.”