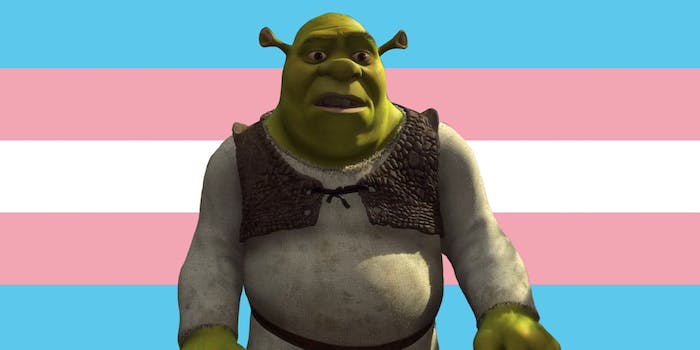 How well do you really know your fave?

The term “problematic fave” has circulated around the internet for a few years. An old Tumblr blog called Your Fave is Problematic called out celebrities who were problematic in some way—usually for making racist, transphobic, homophobic, or misogynistic comments. Since then, people have used the term to describe characters in TV shows, movies, and books. Now the “problematic fave” is a meme again, and Twitter users are creating whole accounts around it.

The trend of creating a Twitter account around a “fave” seems to have started within that last couple of months. The accounts all follow a similar design—a username and handle that starts with “your fave is” and tweets that include a photo of a person or character against a backdrop. Instead of just posting about generally problematic people, though, the accounts focus on a theme. There’s a Your Fave is Catholic account, Your Fav is a Thicc Legend, Your Fave is an Asshole, and a now-deleted Your Fave is a Communist. These accounts aren’t interested in calling out actual problematic people or characters. The parody accounts seemed designed simply to create silly memes—the communist account, for example, included a tweet about Pikachu.

Here are some other examples of the meme:

nicolas cage is an asshole pic.twitter.com/yzWMLhBRnM

There are also “your fave” meme accounts that highlight people who are the opposite of problematic. The “Your Fave Hates Terfs” account tweets about famous people and characters who supposedly hate TERFs, or trans-exclusionary radical feminists. Harry Styles, Shrek, and Steven Universe made the list.

And Pikachu, an alleged communist, was also revealed to be against TERFs.

We don’t know how long this “your fave” meme will last. But right now, these parody accounts are a nice diversion from actual problematic content on Twitter.