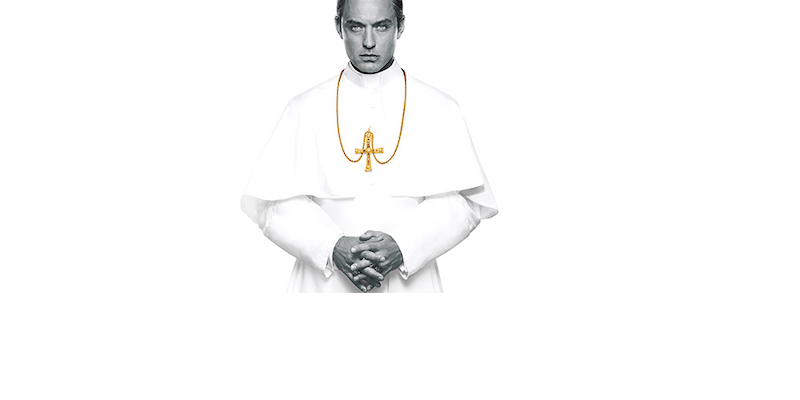 ‘Young Pope’ is now the butt of a running Twitter meme

'Young Pope' is a new HBO show, but even better, a new Twitter meme.

I honestly don’t remember if Jude Law’s character dies at the end of the movie version of the ‘Da Vinci Code.’ I think in the book he kills himself because he wants to be kind of like Jesus and then the other good pope guy gets to be pope and everyone thinks Jude Law sacrificed himself for humanity. But in the movie, maybe Jude Law had an anti-self-immolation clause in his contract, so they couldn’t write that scene exactly how it happened in the novel.

I think he lived.

But, whatever, the important thing is that Jude Law is now the pope in a new HBO series ‘Young Pope.’ Whether it’s a continuation of the Dan Brown story, who knows.

[UPDATE: I was thinking about Ewan McGregor in ‘Angels & Demons.’ I messed that up kinda bad.]

And, really, neither of those things are important. What’s important is that Twitter has become aware of the absurdly simple premise.

“A young pope? Hmmm that’s a

The social network is now doing what it does best. Mocking the ever-loving heck out of it.

TEEN 1: Church is so boring.
TEEN 2: It's so out of touch.
THE YOUNG POPE approaches pulpit: "Some…BODY once told me–"
TEENS: HOLY SHIT

The mocking sprawled into another whole meme, throwing the phrase ‘Young Pope’ into whatever song lyrics made both the most and least amount of sense.

AND IVE BEEN FEELIN JUST FINE

BECAUSE I AM THE

If you are wondering if just about everyone went for the lowest hanging fruit, well, scroll here.

Of course, like any internet argument eventually evokes Nazis, any Twitter meme must come back to this.

What's up with all these Young Pope tweets? Like did a 3yo boy climb into a pope enclosure and Young Pope ended up getting shot and killed?

‘Young Pope’ premieres on HBO on Sunday, Jan. 15, which should be just enough time for everyone to forget this ever happened.