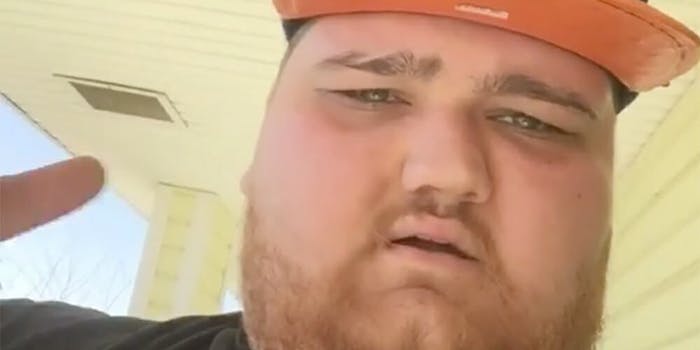 Young King Dave, known for ‘I got loud’ weed meme, dead at 19

'He knew how to make everyone laugh.'

His Instagram bio was changed Thursday to announce his death, Vice’s Motherboard reported. “With deep regret we would like to inform you that YKD passed away and is at peace,” the message said.

Nixon, who was pursuing a rap career and produced music with his friends in Middletown, New Jersey, had been hospitalized for weeks due to a collapsed lung. Chris Clemenza, his manager and friend since childhood, told Vice that Nixon died from complications during the recovery.

Friends posted tributes to Nixon, and a GoFundMe campaign was started in his honor to cover funeral costs and donations to the Make-a-Wish Foundation.

Nixon went viral last year, getting recognized not for rap but for dry observations about the weather and invitations to smoke that he posted to Instagram.

Even though Nixon didn’t get why people thought it was so funny, the line struck a chord with the internet. Remixed and Auto-tuned versions of the video ensured Young King Dave would go down in meme fame.

“They’re gonna remember him for doinks!” Clemenza joked to Motherboard. “He knew how to make everyone laugh and make their day better no matter what it was… He was always so happy and filled with joy, he just knew how to make me laugh.”