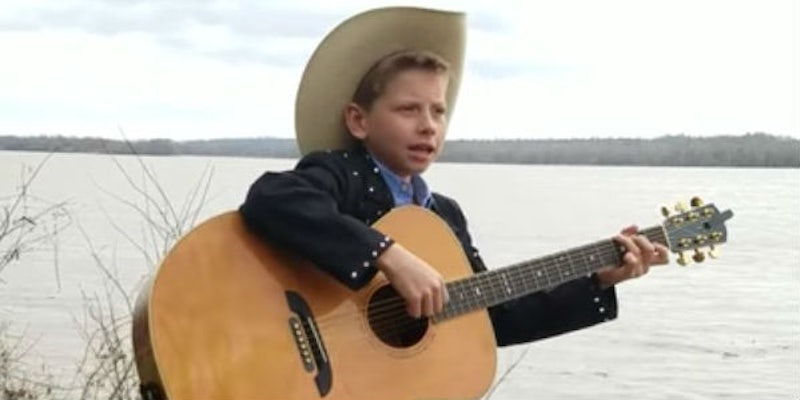 He's making the most of his 15 minutes of internet fame.

Mason Ramsey, the 11-year-old who became an internet sensation after a video of him yodeling in a Walmart went viral, is now on Twitter, and he’s hustling like there’s no tomorrow. Since he joined on April 1, he’s been retweeting videos and articles about himself. He also made a video plugging all his social media accounts:

Yes I am the real Mason Ramsey pic.twitter.com/VU6CYSaN6c

Mason posted a new video to his YouTube channel on Tuesday that was dedicated to his new fans:

And in case you missed it, here’s the video of him yodeling in a Walmart in Illinois:

Mason is clearly enjoying his newfound internet fame. And his fans seem thrilled that he joined Twitter.

How long until yodeling boy ends up The Ellen DeGeneres Show?