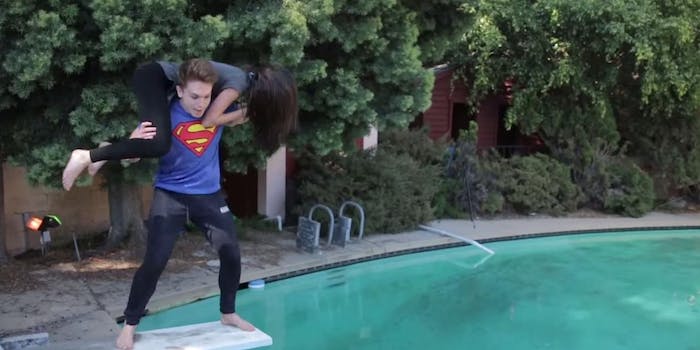 Teenager practices WWE takedowns on his friends in a swimming pool

Kids, don't put your friends in a headlock and throw them in a pool, OK?

What’s the best way to settle an argument? Measured debate? Enlist a mediator to solve the problem? Or just give up and go home?

In the grand tradition of professional wrestling, he created a dumb feud with a couple of friends and turned it into chance to fling each other around. The result is a video full of teens being put into headlocks and repeatedly thrown into a swimming pool—or as he describes it, “Brutal WWE Moves On Girls.” Don’t try this at home?

To be honest, this is basically what a lot of kids have been doing for albeit decades, without the benefit of YouTube. But we’ve got to admire his production values and WWE commentary voiceover.