The World Pup just made the World Cup obsolete

Find out who will paw their way to victory.

Having built a huge web franchise with the Puppy Bowl—the furry, slobbering, adorable alternative to the Super Bowl—Animal Planet is expanding its coverage to the “other” football: soccer. It’s basically the ESPN of four-legged sports. 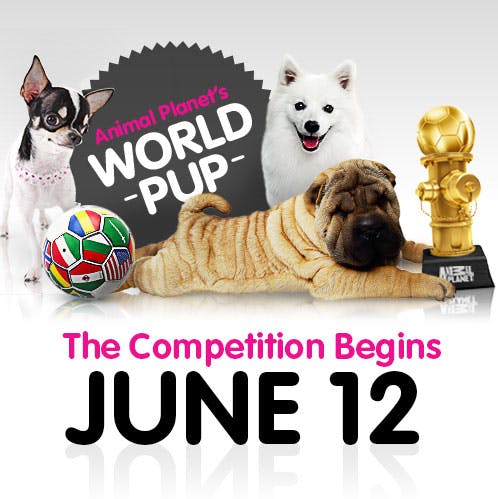 The World Pup kicks off tomorrow, with various dog breeds facing off in head-to-head cuteness matchups. Viewers will then vote on who moves up the 16-pooch bracket for a chance to be crowned “Top Dog” on July 10.

Because the pups each represent a home country (French bulldogs, Portuguese water dogs, Alaskan Malamutes, etc.), Animal Planet is pushing the angle that a win in this event predicts success for that nation in the World Cup. But with all the FIFA corruption, human rights abuses, and other unsavory elements surrounding the tournament, you’ll be a lot happier just weighing the merits of an Old English sheepdog against an Italian greyhound’s.

Until then, you can livestream these puppies at the Washington Animal Rescue League as they tussle over some soccer balls of their own—all are available for adoption.