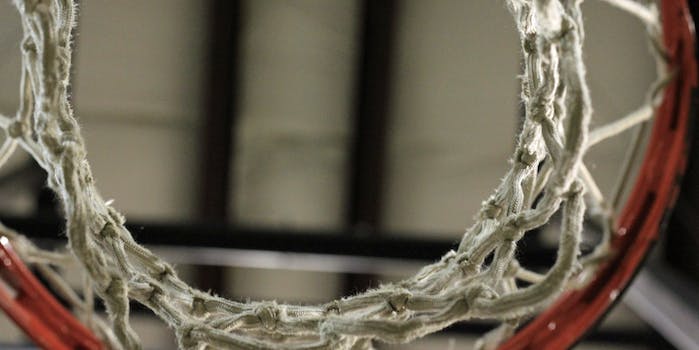 NBA fans at last night’s Pelicans–Lakers game in New Orleans were treated to a drunken spectacle that seemed straight out of a Will Ferrell movie—because it was.

Ferrell, in character for an upcoming movie called Daddy’s Home (which also stars Mark Wahlberg, Linda Cardellini, and Hannibal Buress), was on the floor of the Smoothie King Center to deliver a sloppy speech about his troubled family life and to take a half-court shot. Instead of aiming for the basket, however, he flung the ball right at a cheerleader’s head.

Will Ferrell knocks a #Pelicans cheerleader off her feet with a "drunken" throw while filming a scene at halftime. pic.twitter.com/AD8FMkX5ad

The staged incident—ticket holders were warned in advance—ended with Ferrell being escorted off the premises by security personnel. According to NOLA.com, it’s just the first of several scenes to be shot in the stadium for the film, in which Ferrell plays a mild-mannered stepdad whose life is upended by the machinations of his wife’s crazy ex-husband (Wahlberg).