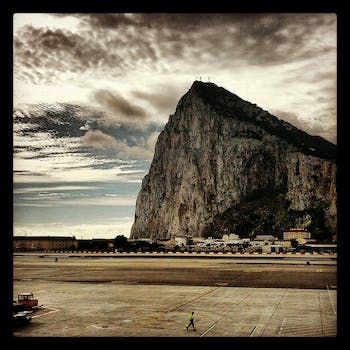 Wikimedia U.K. recently released a report of its findings containing more than 50 recommendations for how the organization can improve its impartiality and transparency.

The Wikimedia U.K. (WMUK) board is starting to pick up the pieces following a significant scandal that raised serious doubts about the organization’s ability to faithfully execute its mission.

Late last year, WMUK came under scrutiny when it was revealed that board member Roger Bamkin was on the payroll of the Gibraltar government as a PR consultant while simultaneously and independently engaging in projects for WMUK that served to promote the town. A major investigation into charitable conflict of interests issues by the WMUK board was launched, and Compass Partnership, a British management consulting firm, recently released a report of its findings containing more than 50 recommendations for how the organization can improve its impartiality and transparency.

Gibraltar had used position at WMUK to get the province featured frequently on the “Did You Know” section of Wikipedia’s homepage—more times than any other topic last August except for the Olympics.

Bamkin was also the mastermind of the Gibraltarpedia project. Gibraltarpedia, which followed the similar Monmouthpedia, involved the placement of QR codes throughout city on artifacts, historic buildings and other objects that would link directly to the Wikipedia page about them. According to the report, Bamkin owned the IP to these graphical QR codes.

According to the Compass report, turmoil over this arrangement began to make itself known among the WMUK board in late August. That’s when another WMUK Trustee, Joscelyn Upendran, started voicing her concern that the WMUK board might be violating the terms of its charitable status in England by hosting the business interest of one of its trustees. Upendran later resigned over the issue.

These conflict-of-issue concerns were kept from the larger Wikipedia community, even as Upendran’s resignation was announced. Wikipedians were only alerted to the unfolding scandal after a CNET investigation published in September, one that was prompted by the suspicious number of appearances that Gibraltar was making on the Wikipedia homepage.

That’s why one of the chief recommendations of the report is related to transparency.

“(A)ny potential or actual conflicts of interest should actively be brought to the attention of the other organization(s) within the movement or the Wikimedia Foundation at the time that any item of value, such as the trademark, is requested from them.”

The report also calls for greater rigor and alacrity in the implementation of conflict of interest policies, as well as more respectful, professional and effective communication as an organization.

More concrete recommendations include recruiting and appointing board members with “specific skills and experience,” limit trustees to just three two-year terms in office, and increase the chair’s term-in-office to a full two years to provide greater continuity.

Benton added later: “Wikimedia UK has no influence, or control, over the content of Wikipedia and weren’t involved in this,” Benton said. “I imagine that one of the reasons there were a lot of nominations for DYK put forward about Gibraltar was partly to do with the number of new articles generated as a result of the project.”

The Compass report lays out a timetable for implementing changes and calls on the WMUK board to conduct independent reviews after 9 and 18 months.

For its part, the Wikimedia Foundation is quick to point out the isolated nature of the problem. Walsh points out that WMUK is one of nearly 40 independent organizations worldwide dedicated to promoting the Wikipedia movement and he insist the Bamkin incident is unique.

“On Wikipedia and all of our projects, there is a regular and important conversation around neutral point of view,” Walsh said, “and all editors and contributors are expected to act in the interest of the project and not in their own personal interests.”

Correction: Roger Bamkin was not the president of Wikimedia U.K. as previously reported. He was only a board member. This story has been updated to clarify Bamkin’s relationship with Gibraltar. John Cummings, a Wikipedian and Project Facilitator for Gibraltarpedia, added the following clarification via email: We are being paid to provide guidance and training on how to add content and edit Wikipedia, add images to Wikimedia Commons, add details to OpenStreetMapand produce QRpedia codes to the people of Gibraltar. A copy of the agreement is linked to on the from page of the GibraltarpediA project pages and has been there since 2nd of October 2012.”