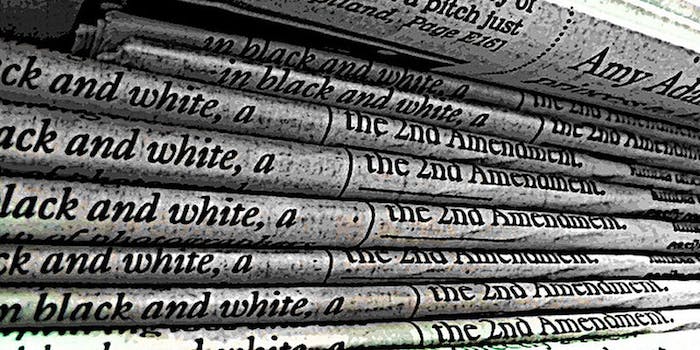 Researchers from Google have developed a new Web app that tracks breaking news events around the world by monitoring edits to Wikipedia.

In a week abnormally full of breaking news, many have turned to Twitter, as usual, for the latest information. And as expected, Twitter’s accuracy was hit or miss (and that’s not even including CNN’s feed).

There may be a better way to harvest the hivemind of the internet in a breaking news scenario. Researchers from Google have developed a new Web app that tracks breaking news events around the world by monitoring edits to Wikipedia. Developers say the system, which is still in preliminary development, would allow news to flow at the same speed as traditional social media but with fewer erroneous reports.

Wikipedia Live Monitor is an app that examines spikes across all language versions of the online encyclopedia, linking to article clusters with the most recent and highest volume of activity. Google engineer Thomas Steiner told U.S. News & World Report that Wikipedia has several distinct advantages over social media when it comes to relaying accurate information.

“The main motivation of using Wikipedia instead of social media is you get a lot of events in one place—almost everything relevant in a breaking news sense has a Wikipedia page,” said Steiner, who developed the app with two other researchers.

By their very nature, Wikipedians tend to be more interested in accuracy than the average retweeter. And since all the information is being shared in the same article or cluster of articles, it’s easier for editors to crosscheck and quickly revise information. It’s a trend backed-up recently by the Nieman Journalism Lab, which found that Wikipedia editors develop topical expertise that helps sort out the madness news is breaking.

That’s why Steiner and his co-developers say the site is a better starting place to track breaking news stories than social networks. Their app has a set of criteria for deciding what counts as a breaking news story, including how many editors are making how many changes in less than a minute. Once a spike in edits enters their radar, the information is then crosschecked on social media sites like Facebook, Twitter, and Google+ for plausibility.

The creators are pleased with the apps early results. In a research paper on their findings thus far, they write that their app has managed to keep pace with Twitter on key stories. Wikipedia Live Monitor reported on Pope Benedict XVI’s resignation, just two minutes after Reuters made its initial post on Twitter, beating the expectations of other researchers who theorized a longer lag time when monitoring news via Wikipedia.

More important than breaking news quickly, the developers place a high priority on accuracy. They were inspired to develop the app in the wake of Michael Jackson’s death several years ago. By piggy backing on Wikipedia’s own standards for citations and importance, the researchers say there app should have fewer “false positives” than Twitter.

The need for such a tool has made itself apparent this week, as the Internet-enabled confusion in the aftermath of the Boston Marathon bombing has lead to several false reports, the slander of an innocent individual and the hinderance of a police search.