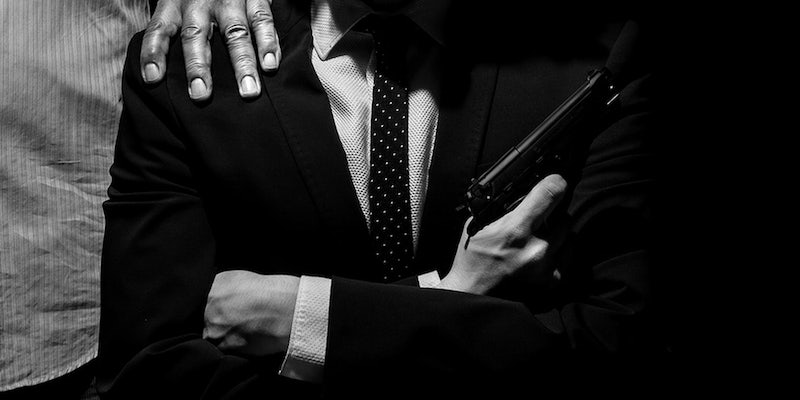 A group of Italian citizens have banned together to create a WikiLeaks-inspired portal for anonymous tips about organized crime.

The site, called MafiaLeaks, was designed by a group of ten unnamed Italians hoping to connect police and journalists to witnesses, informants, and sources who are afraid to speak openly about the country’s rampant organized crime.

Italy has struggled with organized crime for three centuries. There are currently about 25,000 members of the mafia in Italy, according to the Federal Bureau of Investigation. Their global criminal activity is estimated to be worth about $100 billion a year.

MafiaLeaks is designed to accept information from three different types of sources, reported the Italian newspaper La Reubblica. The first is “whistleblowers,” meaning those currently in the mafia who would want to remain anonymous from both law enforcement and members of their crime family. The second is “victims,” those that have been injured or threatened by the mafia. Lastly, there is a category for those who “know something” but aren’t directly involved.

The creators of the site credit the success of WikiLeaks as their inspiration for creating MafiaLeaks. And indeed, it does appear that for the most part WikiLeaks has successfully protected the privacy of its submitters thus far (though of course some, like Chelsea Manning, have been caught through other means).

In many ways, the site presents a less controversial application of the WIkiLeaks model than revealing state secrets. Using the anonymity provided by encryption may prove an effective way to combat crime while protecting the identities of those fearing reprisal.

However, the comparison between WikiLeaks and MafiaLeaks isn’t perfect. In the former’s case, there is relatively little incentive for governments to leak falsely incriminating evidence. With MafiaLeaks, there’s a considerably higher risk that the platform’s anonymity will allow it to be manipulated and exploited by organized crime family members.

Further, WikiLeaks accepts primary government documents that can be verified. It isn’t entirely clear how  the leaked information on MafiaLeaks will be authenticated, or whether it will be admissible in court

Still, the site’s aim is simple enough to work: “We call on all citizens: if you know something, say something.”