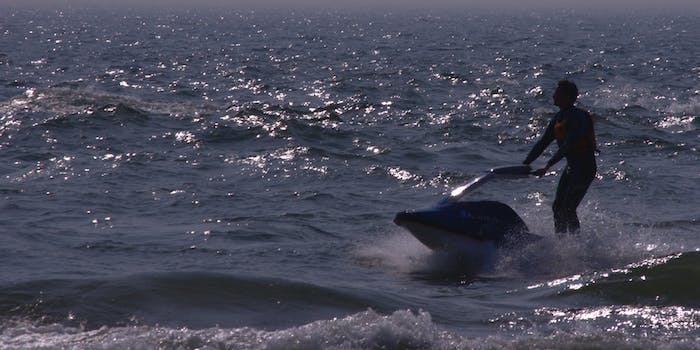 We beg to differ.

It is my happy duty to inform you that Jon Hendren, known to legions of Twitter acolytes as @fart, has written a new wikiHow page. It is a well-refined joke of the highest order.

just made a wikihow: How to Clean Diarrhea off of a Jetski http://t.co/Fwg7blv4Zo

The text itself, as you may have already guessed, represents the zenith of wikiHow’s utility as an explainer website. Hendren has, to his credit, crafted similarly life-changing Wikihow posts, including a guide to fashioning a “crude diaper,” but let’s be honest, this wins: 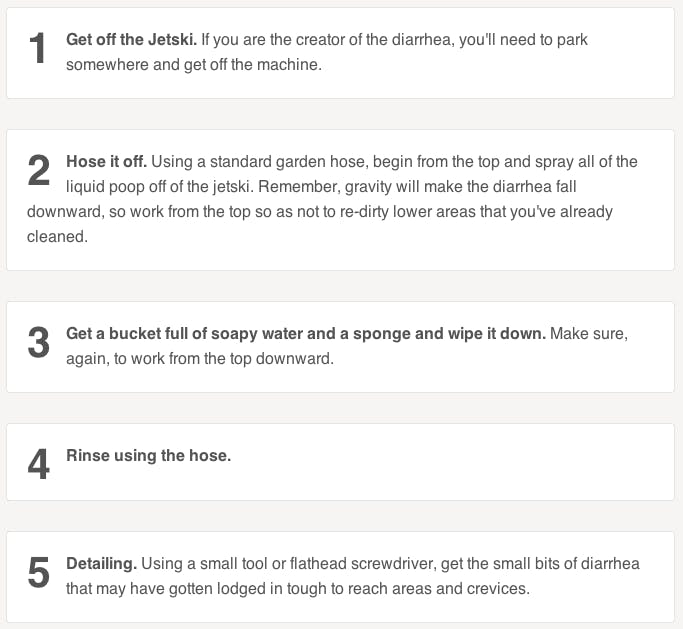 Yet while Hendren’s diaper page has stood the test of time, even surviving edits by wikiHow’s own staff, there seems to be trouble ahead for his jetski maintenance tips:

hi @wikihow can i speak to your staff member Anna please? she seems to think my article is a joke or a goof. pic.twitter.com/dSl7ivTfh2

the minds at @wikihow think jetski diarrhea is a joke. try cleaning my son’s liquid turds out of an intake manifold and tell me it’s a joke

The problem for wikiHow, in trying to delete Henden’s masterpiece on the pretext that it’s a joke, is that Wikihow is actually nothing but jokes. Maybe you remember their step-by-step instructions for blinking, dressing a (male) ghost, petting cats, finding Waldo, and piercing your own penis? Doesn’t matter, because they’re all still there—go educate yourself.

In conclusion, don’t you dare start censoring jokes, wikiHow. Or you may cease to exist altogether.