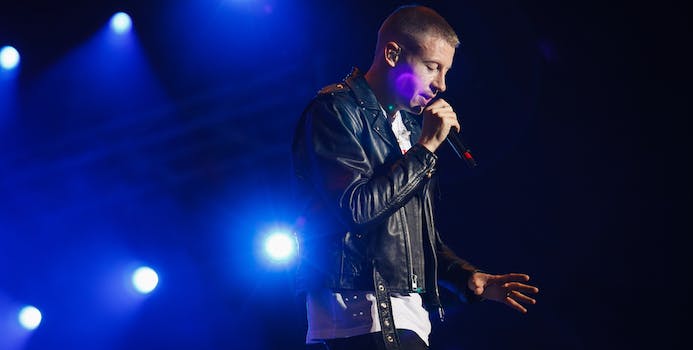 Why do white rappers write lyrics about being good hypothetical dads?

Yo, this is kinda weird.

On Sunday, a Twitter thread forced us to consider an enduring truth: White rappers seem awfully concerned with pointing out that they’d be good fathers and have a history of preachy lyrics about paternal responsibility.

The point comes from the Twitter account of Yeah, But Still, a comedy podcast that offers no subsequent Twitter answers as to why but does provide ample evidence, prefacing its cultural findings with “starting a thread of white rappers talking about how good of a father they would be if they had kids.” The podcast’s account provides seven instances of white rappers embracing fatherhood.

The key word there is if. As comedian and podcast host Jack Wagner clarified via tweet, “these are all people who are bragging about how good of a dad they are to kids that do not exist.”

It’s an earnest and corny history, sure, but as one long thread, you realize that this rap trope has roots in ugly stereotypes.

starting a thread of white rappers talking about how good of a father they would be if they had kids pic.twitter.com/CS9LTTduvy

From Logic to Hoodie Allen to Macklemore, white rappers often chime in with lines about being a man and personal responsibility. They seem to be a reaction to statistics about inner city youth being at a disadvantage in the father figure department: According to 2016 U.S. Census Bureau stats, only 38.7 percent of Black minors live with both parents.

It’s a complicated issue that probably shouldn’t be put on blast by white guys.

In one example, set to the beat from Biggie’s “What’s Beef,” some white YouTube rapper says that being “gangsta” is actually “when you wake up—take your kids to school.” He raps it as a counter to misfit teens he claims to have run into. It lands with a racially coded, cringe-worthy cadence. As someone on Twitter replied, “Being gangsta is performing white middle class heteronormative masculinity.”

Sociopolitics of white men appropriating a Black art form notwithstanding, the thread is just funny. It reveals an unlikely thirst for parenthood and something of a white savior complex inherent in white rappers. I think that’s because white rappers like to see themselves as cultural outsiders with a chip on their shoulders, here to save the game. Also many white rappers these days seem like they did Teach for America.

Even Eminem at his most misogynistic and homophobic routinely wrote about protecting his young daughter, who at least existed. Twice on his ultraviolent, Grammy-winning Marshall Mathers LP, Eminem offered parenting advice, too. On “Who Knew,” he dropped a condescending non-sequitur: “Told me that my tape taught ’em to swear? What about the make-up you allow your 12-year-old daughter to wear?” On the same song, he added: “Don’t blame me when little Eric jumps off of the terrace. You shoulda been watching him—apparently, you ain’t parents.”

Since Em’s rise, however, popular white rappers have been largely suburbanite, outsider artists with progressive-minded agendas. They seem like nice people who volunteer. But too often, they come across like the rap game version of the college student who once traveled to an African orphanage.

The Yeah, But Still podcast is hosted by Wagner and comic Brandon Wardell.