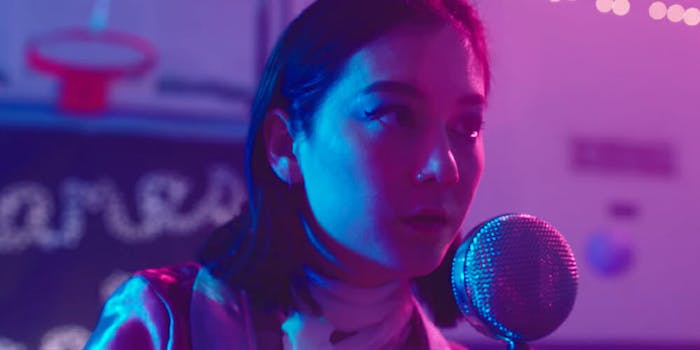 Guy mansplains song to Japanese Breakfast, the female artist who wrote the song

Topping off a tumultuous week for female musicians, a dude recently slid into Japanese Breakfast’s messages with some unsolicited advice.

The Philadelphia-based artist, whose real name is Michelle Zauner, shared the cringeworthy advice from the unnamed guy, who started out by saying he’s one of Zauner’s “biggest fans.”

“One of my favorite songs is ‘Till Death’ although I didn’t realize it at first I just realized the bass line sounds forced, I heard some beautiful melody’s in my head that were barely touched upon,” wrote the self-proclaimed “musician/songwriter.” “Just some constructive criticism.”

Despite the common nature of mansplaining, people on Twitter couldn’t believe the interaction.

Even other artists were shocked. “Omg,” Perfume Genius said. “Lol no fucking way people are so insane,” Best Coast wrote.

lol no fucking way people are so insane

A soft drink parody account got in on the dragging action, too, with a very valid point. “I feel like ‘your biggest fan’ wouldn’t send you something like this but what the hell do I know I’m just a soda,” @orangesodatweet said.

And then there was this zinger: “To be fair he owns a Gibson t-shirt, that definitely makes him qualified enough to mansplain music,” user @fabripav wrote.

to be fair he owns a Gibson t-shirt, that definitely makes him qualified enough to mansplain music

The random unofficial music critic just further illustrates what many female musicians have to deal with on a regular basis. A few days ago, a New York Times exposé of prominent singer-songwriter Ryan Adams reported that he subjected several female artists to “emotional and verbal abuse, and harassment in texts and on social media,” as well as offered women career advances in exchange for sex.

While a mansplaining message doesn’t equate to that level of abuse, maybe it’s time for dudes to chill with the unsolicited music advice.