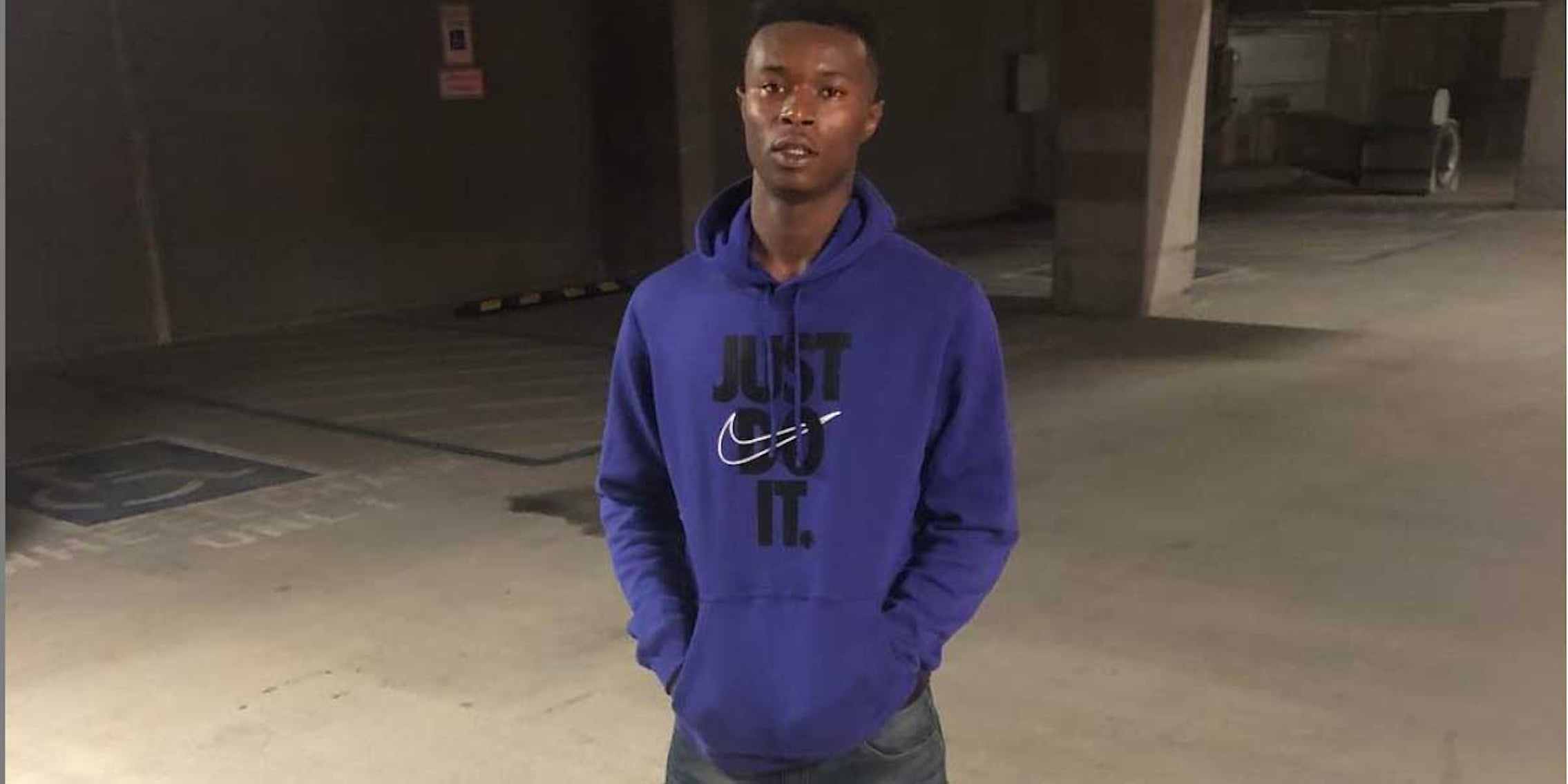 Six police officers fatally shot at a man after finding him slouched over his steering wheel outside a Taco Bell in Vallejo, California, according to BuzzFeed.

The incident took place when a man since identified as Willie James McCoy was found unresponsive with a handgun on his lap on Saturday at a Taco Bell drive-thru.

David Harrison, identified by BuzzFeed as McCoy’s cousin, shared the incident in a Facebook video on Monday. Harrison did not immediately respond to the Daily Dot’s request for comments.

“I lost my baby cousin last night. He was only 21 years old,” Harrison says in an emotional video. “They can’t just keep killing us on the street like this.”

According to statements from Vallejo PD, Taco Bell employees called 911 around 10:30pm PT on Saturday. When two officers arrived at the scene and found McCoy unresponsive with a handgun, they called for other officers. When they were trying to prevent the car, which had its engine on, from moving, McCoy woke up and “looked at the uniformed patrol officers.”

The officers then asked him to put his hands up and fired shots at him when he failed to comply. According to the statement, McCoy was reaching for the handgun when all six officers fired at him.

It took about four seconds, and all six officers fired multiple rounds, according to the statement. They then reached in through the glass to unlock the car door and conducted “lifesaving efforts” on McCoy, but he died on the scene.

The officers have since been placed on administrative leave, and the issue is being investigated by the Solano County District Attorney’s Office.

Taco Bell has acknowledged the incident and told the Daily Dot in an email that it is complying with the investigation.

McCoy, an aspiring rapper, had a large following on social media. As of Wednesday morning, fans had expressed their condolences on his Instagram account and YouTube videos. Some even used the space to discuss racial profiling as a concern in his death.

“I just can’t get my head around how’d he reach for a gun if he was sleeping. Racist police maybe ?” wrote one user on one of his Instagram posts.

Vallejo PD has a record of racial profiling in a city where the population is almost 25 percent Black. Earlier this month, a Black veteran said a white Vallejo police officer assaulted him for recording his actions. In June, Vallejo PD made a $17,500 settlement in a racial profiling case.