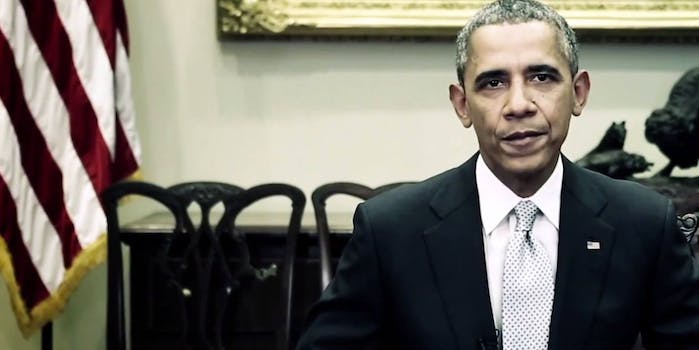 New guidlines call on colleges to handle sexual assault in a victim-oriented manner.

Noting the horrifying statistic that one in five women is sexually assaulted while in college, the White House has released new guidelines to help colleges and universities handle sexual assault cases in a way that respects victims.

The recommendations are the conclusion of a three-month study undertaken by the White House Task Force to Protect Students from Sexual Assault. The task force, appointed by President Barack Obama in January and led by Vice President Joe Biden, was assembled in response to widespread dissatisfaction with the way college campuses handle such cases—often times suppressing reports in order to preserve institutional reputations.

The report, entitled “Not Alone,” is the product of information gathered through interviews with victims and university officials, as well as data from the Departments of Justice and Education. As part of the tasks force’s fact-finding, a packed conference of college presidents convened at the University of Virginia in February.

The task force leveled a number of damning allegations against higher educational institutions that likely won’t surprise most sexual assault survivors. The study’s authors note that only 2 percent of incapacitated rape victims and 13 percent of forcible rape victims report the assaults. The report states that many schools are reluctant to address this chronic underreporting problem, fearing that an open discussion of the problem will make their campuses look comparatively more dangerous.

The new guidelines—voluntary, for now, but ones that the Obama administration hopes to eventually make mandatory for all public universities—call for a more cohesive and victim-oriented approach to dealing with sexual assault on campus. Recommendations include:

Along with the new report, the White House has also launched a new website, also named “Not Alone,” to provide victims and college officials with information and resources about sexual assault. The site includes a map of “resolved school-level enforcement activities conducted by the U.S. Departments of Education and Justice.” These activities included Title IX resolution agreements pertaining to sexual assault.

Additionally, the White House has put out a new PSA, featuring the President, Vice President and various male celebrities, explaining to men the role they have to play in preventing and reporting sexual assault. The “1 is 2 Many” spot, calls on men to understand consent and intervene as bystanders.

“If she doesn’t consent, or she can’t consent, it’s rape. It’s assault,” actor Benicio Del Toro says in the spot.

The ad concludes with Obama saying, “It’s up to all of us to put an end to sexual assault. And that starts with you.”

The report and the ad have mostly met with praise so far.

This just released anti-rape PSA from the White House has made my shriveled heart grow three sizes. https://t.co/Uf1YPiF4Aa

“The recommendations do not create legally binding standards,” Gerberg told the Boston Herald. “As students, it will be our responsibility to put pressure on our university administrators to ensure these recommendations are put into practice.”

Screengrab via the White House/Youtube