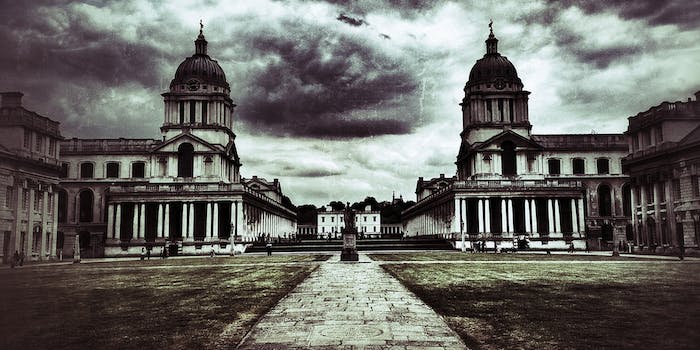 When will the Internet replace college?

It's no secret: the American education system is in the toilet.

College is one of the world’s last institutions left largely unchanged by the corrosive torrent of digital data and Wi-Fi beams, but it’s the one that needs the Internet’s help most.

In case you don’t know how bad things are, here’s a brief rundown: The average amount of student loan debt has soared to nearly $30,000, and an estimated three-quarters of all students accrue debt to obtain their degree.

But those students are having trouble paying back their loans due to the abysmal job market for recent grads; more than half of student loans became delinquent or entered deferral in 2013. Additionally, research shows that the net worth of college students with debt is 20 percent less than degree-less high school graduates with no debt.

Does that mean all that hard work was for nothing?

That may just be the case. A Chronicle of Higher Education Study found that many students fail “to develop the higher-order cognitive skills that it is widely assumed college students should master.” Most degree-holders “can be accurately described as academically adrift,” the study said. Even getting straight As is essentially meaningless.

Employers are starting to take note of these facts. 64 percent of them would consider hiring a candidate who held no degree, and nearly three quarters claim that college does a mediocre job of preparing students for the workforce. The education one obtains from four years of college will only worsen as schools remove less profitable departments such as English, History, and even Physics.

The American post-secondary education system is in the toilet, unless of course you happen to be a college administrator with an ever-increasing salary (or a coach/athletic director).

If that’s the case, then free online courses may replace expensive brick and mortar universities sometime soon, although there’s some debate on the subject. Furor erupted when massive open online course (MOOC) providers like Coursera, Udacity, and edX—backed by MIT and Harvard—launched.

But alas, it seems they turned out to be a bigger bust than Upworthy in terms of staying power. A recent study showed that MOOCs had an abhorrent retention rate; people just didn’t care enough to continue their course past the first lesson or two.

Furthermore, MOOCs have failed to make education accessible to the masses. According to a recent study from Columbia University, “most MOOC participants are already well-educated and employed.”

The fallout from this is problematic. If only employed, educated people are taking MOOCs, then the gap between underprivileged and privileged widens even further. The Columbia University study put it more pedantically: “MOOCs currently are falling far short of ‘democratizing’ education and may, for now, be doing more to increase gaps in access to education than to diminish them.”

So far, the Internet has not bested the post-secondary education system. But there is hope.

Some, like Slate’s Robert Wright, believe the pessimistic view of MOOCs is misguided. The fact that upwards of 90 percent of people don’t finish the class they enroll in doesn’t matter so much as the raw number constituting the 4 percent that do.

If that number is high and increases as time goes on, MOOCs will be fine. Also, how many college students disengage with course material after the first lecture in the real world but keep going to class because they have to? Enrolling in a MOOC but not finishing it is no worse, and it doesn’t cost thousands of dollars either.

And MOOCs are reforming—big time. Studies have shown that the lecture is often ineffective as a teaching method, and as a result, Harvard is leading a charge to make MOOCs more than just a video of the professor mumbling. Their upcoming courses will include “mini-documentaries, animation, and interactive software tools to offer a far richer product.”

MIT, too, is overhauling their MOOCs. The school is making use of a teenage Mongolian prodigy named Battushig Myanganbayar who aced their MOOC on circuits and electronics. Myanganbayar was exactly the kind of person MOOCs were intended to reach. MIT was so impressed with him, in fact,  that they offered him a job as a MOOC research assistant.

Thanks to him, changes are underway. Courses are being made more modular so people can fit them around their schedules. A shift towards the communal aspect is also going underway, and primers/refreshers on certain topics relevant to the course are being added as well.

Post-secondary education in the United States depends on MOOCs succeeding, as the country can’t bear another generation of debt-ridden dolts. There’s nothing you can learn for $30,000 on a college campus that you can’t get on the Internet for free. It’s about time the world realize that instead of signing their life away for a sheet of paper signed by a glorified con man.