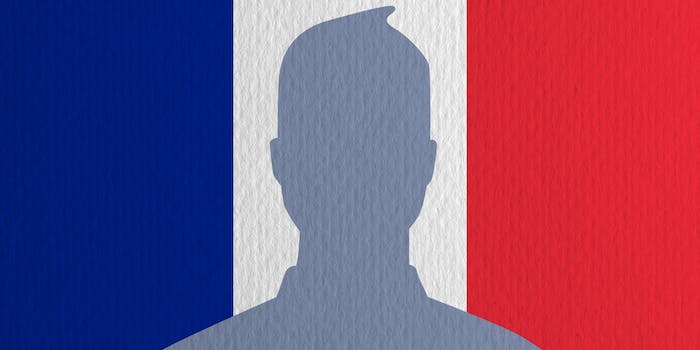 How soon is too soon?

More than two weeks after a coordinated terrorist attack killed 130 people and gripped the City of Lights in fear, things are slowly beginning to return to normal. Not in Paris, where President Francois Hollande’s response to the attacks has included a heightened security state and the outright squelching of any civil unrest, peaceful or not. But in the digital space, the attacks which started a worldwide phase of mourning have slowly begun to fade into the background. As has happened in most other public tragedies, other news items steal away the headlines and online expressions of grief return to snark and speculation.

One of the most visible signs of this has been the regression of Facebook and Twitter profile pictures away from the blue-white-and-red French flag. Hours after the attack, Facebook unveiled a feature which allowed users to put their solidarity by overlaying a French flag on to their own profile picture, an option taken by untold millions of users. Although such declarations of sadness can be inspiring and give an outlet to those who aren’t certain how to effect such hideous events, the appropriation of a tragedy with which most people have no personal connection can risk trivializing the event as another cause of armchair humanitarians and slacktivists.

Making the decision to change your profile picture to a French flag or the viral art of an Eiffel Tower inside of a peace sign is easy—why not show solidarity with the innocent victims of a heinous act in one of the most famously beautiful and serene cities in the world? But the feature has inspired its own wave of controversy. Many have noted the ethnocentrism of Facebook’s decision to enable the feature only after the Paris attacks when ISIS likewise killed 43 in Beirut and Al Qaeda killed more than 20 in Mali within the same week as the events in France. Neither event saw quite the public outpouring in the West, and likewise saw no adapted feature for people to share their grief. And it’s not just a matter of Paris suffering a higher body count—the death of 224 Russian civilians after an airliner exploded over the Sinai Peninsula saw barely any widespread public mourning in the West.

Designer Hubert Southall offered to change profile pictures to be overlayed with any flag in the world, hoping to “influence Facebook to be more inclusive with its features.” A website called Allflags.world will change your profile picture into a mashup of the flags of the 17 nations that have been victimized by ISIS. Native Parisian Charlotte Farhan penned a viral Facebook post explaining her own reasoning for not altering her profile photo at all, stating “If I did this for only Paris this would be wrong. If I did this for every attack on the world, I would have to change my profile everyday several times a day.”

There is also a danger in looking like a proto-progressive attempting to adopt the social credibility such mourning can inspire, participating in a competition of sympathy that ultimately lifts no one. Such crassness served as the hallmark to the #KONY2012 campaign which saw mass adoption of the hashtag but little benefit to those suffering under the reign of the titular warlord. A 2013 study conducted by University of British Columbia researchers found such piecemeal expressions of solidarity will often cause people to give less to charities that might actually benefit the victims.

There is an earnest need for publicly mourning such tragedies on social media in a way that is neither exploitative or appropriative. But what is an acceptable length of time for this public display of solidarity?

Such public outcries are often an excuse for opportunists to turn a public tragedy into a personal one. Lia Zneimer notes how “mourning online allows us to stake our claim on the effect of a tragedy—even one that doesn’t have a direct impact on us…Endlessly retweeting tragedy becomes less about the expression of grief and more about wanting to prove we’re in the know and that we, too, were affected by the loss.” Such egotism could even be said to be found in the hashtag about the attacks–#JeSuisParis, meaning ‘I Am Paris.”

Clearly, however, there is an earnest need for publicly mourning such tragedies on social media in a way that is neither exploitative or appropriative. But what is an acceptable length of time for this public display of solidarity? Lowering the U.S. flag to half staff—the national equivalent of changing your profile photo—carries with it its own standards that could serve useful to those looking to express their shared sorrow for a public event without minimizing the grief of those directly involved.

The Department of Veterans Affairs gives out the odd math which decides how long the flag should be lowered for certain events. In the event of the death of a U.S. president, former or current, the flag is lowered for 30 days. The death of a vice president, chief justice of the Supreme Court, or speaker of the House gets 10 days. The flag is lowered after deaths in lower offices of government, such as a cabinet member or president pro tempore of the Senate, until the deceased is laid to rest.

Less official are the rules governing flag lowerings after public tragedies. One website, us.halfstaff.org, has kept a comprehensive but unofficial record of every presidential proclamation ordering the lowering of U.S. flags and, aside from national days of remembrance (such as the anniversaries of 9/11 or Pearl Harbor) President Barack Obama and President George W. Bush have widely adhered to a four-day limit for a wide array of tragedies, all of which would have (or did) trend on social media.

Obama himself has ordered the flag lowered for no less than eight mass shootings, the Boston Marathon bombings, the attacks on the consulate in Benghazi, Libya, the Paris attacks—and now for the mass shooting in San Bernardino, California. If that seems short, consider again the words of Charlotte Farhan—if we did this for every attack in the world, the ropes that hold the flag would burn from friction after being raised and lowered so many times.

The lowering of the flag is meant to be a personal expression of grief from an impersonal source, the government. Likewise, millions of Facebook and Twitter users have clunkily tried to share the strange and personal pain we all feel when observing a tragedy in another part of the world in a format made so impersonal by its very public nature. Like the U.S. government, we express our grief both honestly and as an offering of sensitivity and manners. Unlike a government, however, we have to grapple with the unstated rules that divide the seriously empathetic and those exploring a more exploitative instinct.