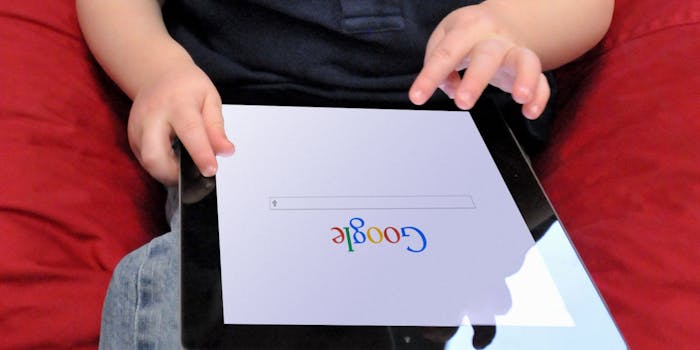 What our parents are most afraid of on the Internet

For a few years, every visit to my parents’ house included a Skype lesson. I’d sit down and show them how to click on the application, how to type in their ID, how to search for phone numbers or other users. Sometimes I’d call my friend Ann and my mom would shriek, thrilled about the possibilities of the Jetsons-like technology. And then Mom would call me a week later telling me she couldn’t figure it out.

I asked friends and online acquaintances to ask their parents what they’re currently most worried about.

As anyone who learns a new language can tell you, the younger you are, the easier your palate is molded and the more quickly you can absorb it. This is what the Internet felt like to me.

Though I was old enough to remember getting Web access, I still became relatively fluent, though I could never verbalize an explanation of the language—why things worked the way they did. I just knew when something sounded right. Those older than me (namely, my parents) had to learn it piece by piece, attempting to parse truth from rumor as those rumors flew.

I asked friends and online acquaintances to ask their parents what they’re currently worried about. Here’s a small sampling of elder American fears.

Safety is at the top of the list. It seems like a lot of our parents have read the same scary news stories.

“My mom still thinks I’ll get axe-murdered when I meet Internet friends in real life. She also complains about Facebook ads. ‘I don’t want to see advertisements for feminine moisturizers! Why are they showing me that?’”

“Never post that you’re on vacation because BURGLARS. WILL. FIND. YOU.”

It’s well-documented that thieves have used social media to track when people are going to be away from their homes, so maybe it’s not so crazy.

Then there are the worries tinged with paranoia.

“There are cameras all hooked up to the Internet and they can make it look like you’re doing ANYthing.”

“My stepdad believes that when the light flickers on his computer tower, it means people are reading his files.”

“My mom thinks ‘that Google Map thing is just the government tracking you.’”

But hey, if you don’t turn off location tracking, that fear isn’t far from the truth.

There’s the normal frustration with the way “kids today” use the Internet.

“My dad refused to get Facebook for years because he didn’t want more notifications on things. He finally signed up and complains nonstop about all the notifications, while still posting random photos of eagles.”

“My mom hates how involved people are all the time. She does not like how people are constantly on their phones when they’re supposed to be social or productive. People rely on it too much and there’s no real etiquette to go along with it.”

But what about when it comes to not just personal information, but personal thoughts? Beejoli’s parents hit on something I didn’t know I was worried about until they voiced it:

“Both my parents hate that the Internet is written in ink. (My dad stresses here that he means indelible ink, ‘because you can erase some ballpoint pens, you know’). A large part of that is something I think about a lot too: that a permanent record will exist even though as people, our opinions are ever-evolving. I may not run for office ever, but if I write an article about something, anyone can pull up an old tweet or FB status where I had a contrary opinion and use that to dismantle my entire theory. However, I did recently convince them online bill pay is not going to lead to their accounts being hijacked.”

Do they have a point?

We’ve incorporated these dangers as necessary risks of a life online.

We’ve gotten used to the Internet privacy panics. Facebook updates its settings, or Gmail gets hacked, or BuzzFeed has been collecting our quiz answers for some possibly nefarious reasons, and we’re reminded to pay attention to security settings, constantly update our passwords, and to just please stop and think about whether we really want to send that photo. We see people having to issue apologies for hastily written social media posts, or opinion pieces that don’t represent our opinions anymore, because people can learn and change. And yes, that’s always been a risk for any published word, but it’s just that much easier to publish.

For anyone who regularly needs to use the Internet for work, networking, or to have a functional social life, these dangers can be a bit daunting, but we’ve incorporated them as necessary risks of a life online. Why worry about the rules when we already speak the language?

But our parents may be onto something. Learning the rules from the beginning may have made it harder, but at least the cautious mistakes are more likely innocuous.

Each generation is doomed to misunderstand, misuse, or just distrust the technology of its successor.

Each generation is doomed to misunderstand, misuse, or just distrust the technology of its successor. My grandparents refused to learn how to use their espresso machine, forcing my mom to make them cappuccinos whenever she visited. My dad is currently trying to teach my grandmother to use an iPhone, while I try to explain Twitter to him. My mom does not like it when people post photos of her on Facebook without getting her permission.

I had never thought of this as an issue when she first brought it up, remembering how I created album upon album of blurry photos documenting my underage drinking habits. But then I listened to my teenage cousins talk to me about something called Yik Yak and I knew I was getting outpaced.

If the Internet has become your umwelt, your self-centered world, it may be time to learn the benefits of looking in from the outside. We don’t have to become paranoid, but a little bit of skepticism never hurt anyone. Our parents seem to be doing just fine, anyway.

And can somebody please explain what a Yik Yak is?