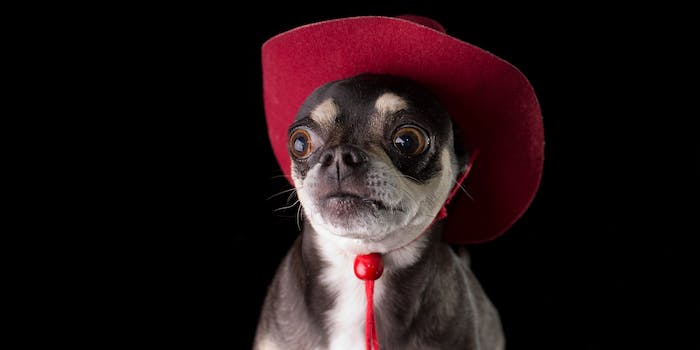 It all started with a 'My Little Pony' character.

Applejack is a character in the new My Little Pony Friendship Is Magic series who likes to wear a brown stetson hat.

She also has a signature catchphrase: What in tarnation?

That’s about all anyone would ever need to know for the longest time until, one day last month, a Tumblr user slapped the same hat on a Shiba Inu and asked the same question. 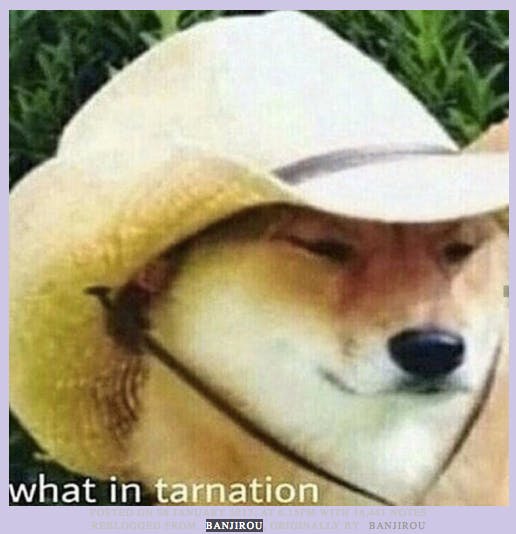 The meme picked up steam on Twitter, but it was only in recent days that it morphed into something truly wonderful. It’s a perfect meme template: So many things rhyme with the suffix “-ation,” and almost everything looks stupid when you slap an unnecessary cowboy hat on it.

But it also works for celebrities already wearing cowboy hats.

WOT IN STEALING THE DECLARATION pic.twitter.com/6dTNwsI3ib

wot in taxation without representation pic.twitter.com/qPYmztJMey

OK, maybe Patrick Henry isn’t a celebrity but whatever. It works for all American legends.

Inanimate objects work great with this.

It got so good that a genius started the @WotInTarnation account to round up the best. And they are all so good.

when trump puts you in charge of a department you know nothing about pic.twitter.com/CmTcDpG6Rk