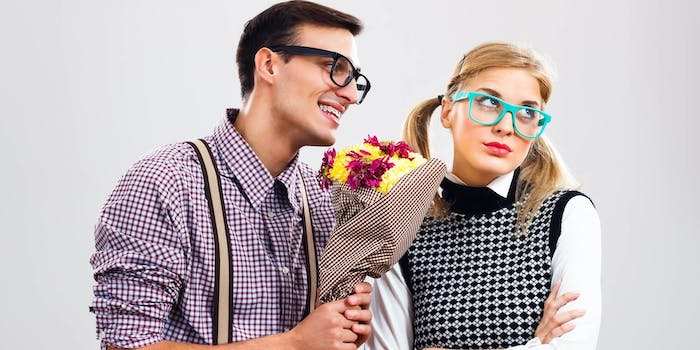 Here’s why people are calling each other ‘simps’ online

The word 'simp' has been around for a while. So why is it blowing up now?

If you’ve been online at all for the last few months, chances are you’ve seen people calling themselves ‘simps’ or accusing each other of ‘simping.’ The word is truly everywhere. Megan Thee Stallion raps, “you on some simp shit” in her song “Cash Shit”. Popular Twitch streamer iDubbbz just addressed being labeled a “simp” after discussing his girlfriend’s OnlyFans account.

So what exactly is a simp, anyway?

Loosely speaking, a simp is a man who invests a lot of time and energy into women who don’t want him. Some use it as an acronym for “Sucker Idolizing Mediocre Pussy.”

This term got its start in the Black community in the late ’90s, most notably when hip-hop group Three 6 Mafia used it as an antonym to “pimp” in their song “Sippin’ on Some Syrup”. As such, “simp” has been a vocabulary word in African American Vernacular English (AAVE) for a while.

However, in the 2000s, online incel and misogynist communities began appropriating the word and using it alongside terms like “cuck,” “white knight,” and “beta.” In these anti-feminist spaces, it doesn’t take much to be called a simp. Everything from pining after a crush to actually respecting women could be considered simping.

Now, the use of the word “simp” has gained traction outside of AAVE and incel discourse, thanks to the wildfire-esque nature of Twitter virality. It is 100% a meme now and, in most cases, is used ironically and without misogynistic undertones.

Not everyone is thrilled about the sudden popularization of “simp,” however. Several Black folks on Twitter have pointed out how, yet again, AAVE is being appropriated by the masses for the sake of memes.

“Nonblack people have ruined “simp”….as they ruin all AAVE,” one Twitter user said.

“Nonblack people learned the word simp and have not shut the fuck up since,” another tweeted.

Who knew a viral meme could have such a loaded history? If nothing else, at least people are sure to get sick of the meme at some point. Hopefully, the reign of the simp is soon to be at its end.