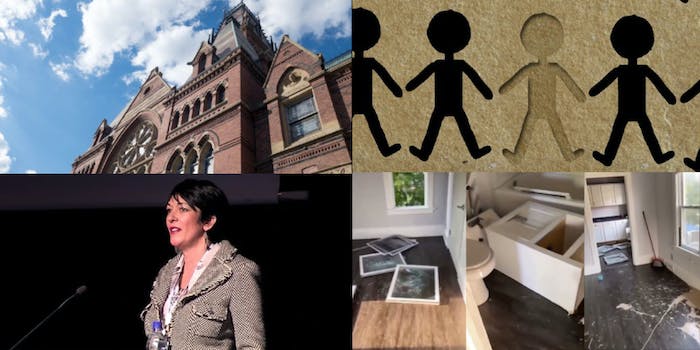 A young Karen threw coins in a Dunkin’ Donuts employee’s face and demanded his firing. She and her friend recorded their own embarrassment, expecting viewers to take their side. Here’s what else caught our attention this weekend:

A landlord is claiming a tenant purposely destroyed his property in retaliation after being asked to move out, but after seeing the video he made featuring the alleged property destruction, viewers are calling it a scam. The landlord organized a GoFundMe to cover what he claims to be the cost of repairing the damage done to a property. While he has raised over $40,000 at this point, people with experience in construction, maintenance, and property management have been pointing out the alleged discrepancies in the landlord’s narrative. The tenant in question has also denied his claims.

If you’ve cleaned out your Netflix queue and need something new to watch, Amazon’s Prime Video service has everything, from kids programming to a hefty selection of original series.

Following last week’s announcement that U.S. Marshals found 39 missing children in Georgia, tweets began surfacing suggesting a connection between the discovery and accused sex trafficker Ghislaine Maxwell. But conspiracy theorists are struggling to get the most basic facts on the operation correct.

From our friends over at Nautilus

Despite the pandemic, the universities with the biggest endowments still raised tuition

When colleges and universities announced over the summer that many would not resume in-person learning for the fall semester, students said they were entitled to a discount on their tuition. While some schools listened, universities with the biggest endowments not only won’t provide their students with discounts—a number of those colleges raised tuition rates.