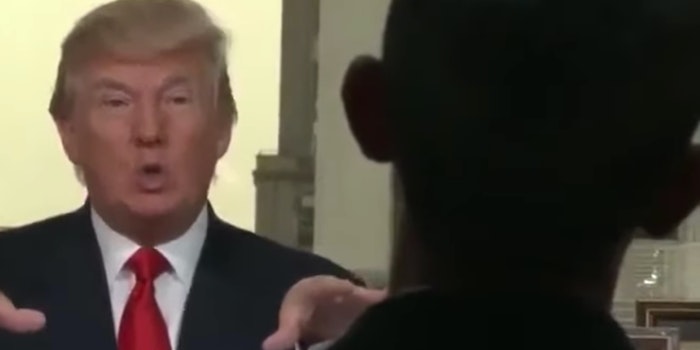 Either the video has emerged, or Trump has at least two videos in which he fires an Obama lookalike.

While it was first published in 2013, Michael Cohen’s allegation that President Donald Trump once hired a former President Barack Obama impersonator just to humiliate and “fire” him on video has brought the presumed video in question back into the public eye.