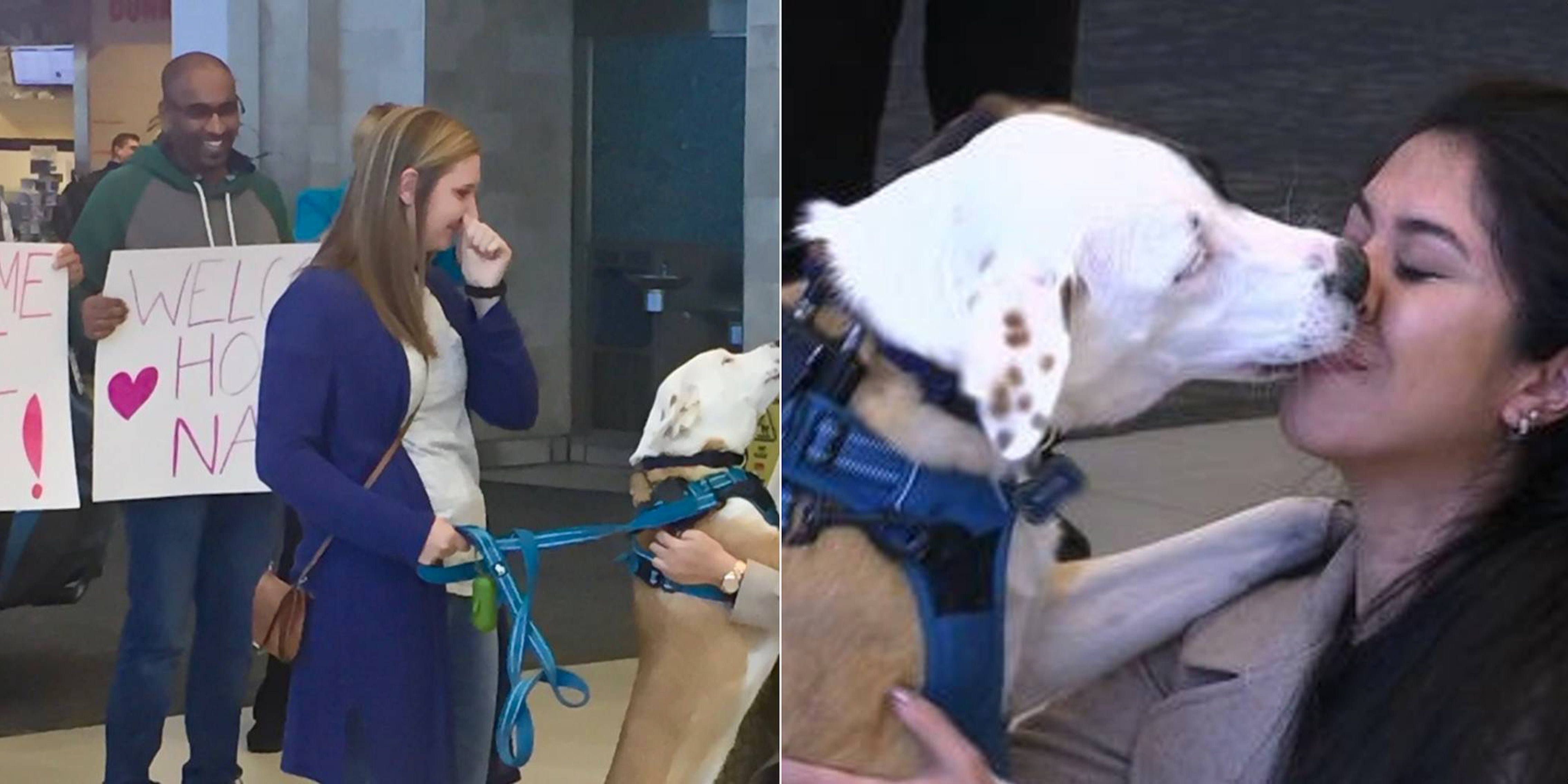 Screengrab via We Rate Dogs/Twitter

Dexter's owner was stuck in Iran after the temporary travel ban.

The always adorable Twitter account We Rate Dogs does an outstanding job of ranking the furry companions on levels of cuteness. (No dog ever receives anything less than a perfect score.)

But when account operator Matt Nelson decided to tweet a photo of Dexter Tuesday, a dog that reunited with its owner after she was stuck in Iran due to the travel ban, some users expressed animosity.

This is Dexter. He was reunited with his mom yesterday after she was stuck in Iran during the travel Bannon. 13/10 welcome home pic.twitter.com/U50RlRw4is

“Please research and edit this. If you choose to make it political think twice about terrible treatment of dogs in Iran,” one tweet said. Another tweet added, “Just a suggestion here but stick to cute dogs doing cute shit and leave the politics out.”

On both occasions, We Rate Dogs barked back. To the former, he wrote, “yeah she appears to be terribly mistreating her dog.” To the latter, he responded, “just a suggestion here but fuck off.”

Comments instantly flooded the post, with many asking the account to withdraw from addressing political matters altogether. Others decided to dive even more into political debate and upheaval.

Dexter might be radicalized from his stay at Mimi Lane. Here's a list of recent attacks in our neighborhood. We need the ban. pic.twitter.com/EUr2htDIXZ

It's the politics that matter…. not the sad pull on the heart string story being pushed here

Conversely, please cut the politics. I'd much prefer it doesn't invade yet another area of my entertainment,

Some cheered the post on, embracing the photograph for bringing to light a serious reality—and purposefully misspelling the ban as Bannon.

I think @dog_rates might have feelings about the new administration, and I am on board with it. ❤❤ https://t.co/ImHPmWB4j9

I'm not sure which I love more, the pics or the phrase "travel Bannon". 13/10 indecisive as h*ck.

me while reading the "unfollowed" replies to this post pic.twitter.com/maWRRrQKey

We give the whole exchange our lowest rating yet: 13/10.