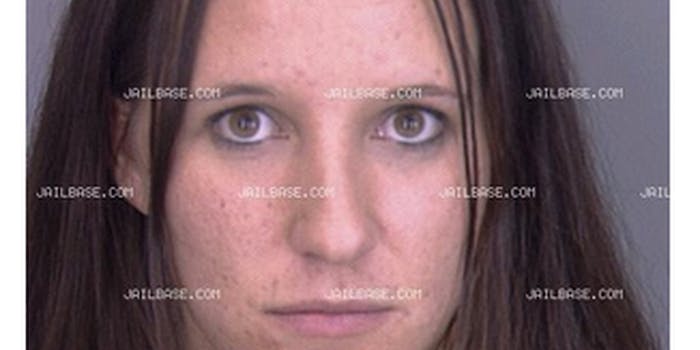 If you're in trouble with the police, this probably isn't the right move to make.

A woman in North Texas learned that revenge is probably best not served on Facebook.

Melissa Walthall was arrested last Monday by Mesquite, Texas police after allegedly posting photos to Facebook of an undercover police officer who testified against her friend in court, according to Dallas Morning News.

Walthall, 30, was angered by the undercover cop’s testimony in August about her friend’s involvement in a drug case. That friend—George Pickens, 34—dug up the police officer’s picture and Walthall then posted it. “Anyone know this [expletive]?” on her Facebook page, according to a federal affidavit.

A concerned citizen tipped Mesquite police to the photo, which was deemed a “viable threat to that officer’s safety,” according to the affidavit. Walthall is charged with retaliation, which is a felony, for the post.

The photo spread far beyond the borders of Facebook, however. Pickens’s brother, Bobby Stedham, reportedly printed out fliers with the officer’s picture. The affidavit said the brothers planned to post the pictures in Mesquite. Stedham has also been charged with retaliation.

How Pickens found the photo—and why the undercover cop had his picture publicly displayed—is now being questioned by the Texas Municipal Police Association.

“Our best advice is, if you don’t want that information out there, don’t have those accounts,” said the organization’s executive director, Mitch Landry. “There’s no way to be truly anonymous if you have a Facebook page.”

The Mesquite police department doesn’t have a social media policy but a spokesperson told the Dallas Morning News that they remind officers to control their privacy settings tightly.