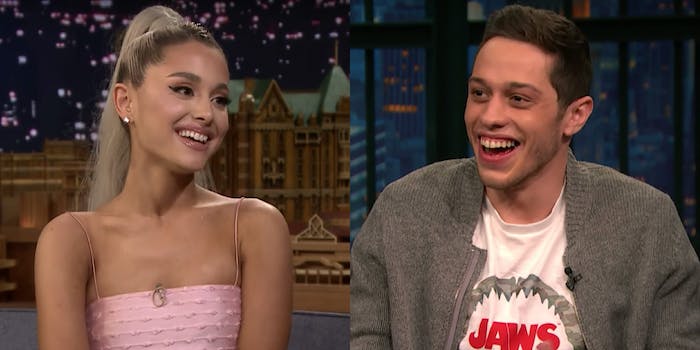 In 2008, YouTube trolled all of us when it changed every video on its homepage into a Rickroll. Ten years later, Rickrolling is a productive display of citizen activism as users are being redirected to Vote.org, where they can register to vote.

This time around, have been “Rickrolling for a purpose” in recent days. Using the allure of celebrity, folks are posting clickbait headlines like “Wow I can’t believe this is why Ariana Grande and Pete Davidson split up,” and embedding registration links instead.

Wow I can’t believe this is why Ariana Grande and Pete Davidson split up https://t.co/WQrbEBV6uD pic.twitter.com/Dc8b9azhua

The clickbait campaign gained momentum with Tim Cigelske, the social media director at Marquette University, who wrote an article for Medium explaining how he started a national trend.

“Like any good Twitter meme, I stole it,” he wrote. He posted a link to the post that got him the first time, a fake news tweet about Kanye West and Kim Kardashian having a divorce.

Charmed by the unique approach to voter engagement, he seized the opportunity for productive trolling when he saw the Ariana Grande and Pete Davidson story taking over Twitter. He carefully crafted his tweet to pop up when people searched their breakup, and it quickly gained momentum. Within hours it was all over Twitter, with people like Ashton Kutcher and Bill Simmons jumping on board, and retweeting it.

They aren’t the only ones. Hundreds of people followed Cigelske’s example, tweeting links with enticing headlines to draw people in.

omg i can’t believe this is the REAL reason kanye is in Uganda https://t.co/qq5ghGKnDv pic.twitter.com/lFwXbhEBzy

According to his Medium post, Cigelske’s link now has over 2 million clicks. He claims that if only 1 percent of the people clicking on the story actually registered, that is still 20,500 new voters.

If this act of humanitarian Rickrolling gets more people registered and ready to head to the polls, we should all be grateful for the meme.