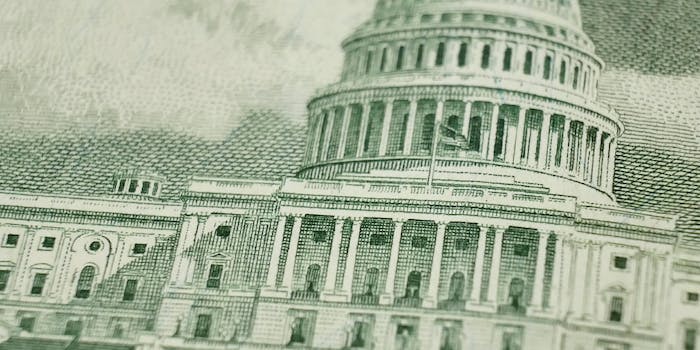 Tech companies are disclosing information, but it's still a nightmare to get through.

Facebook, Google, and Twitter have all archived their political advertisements for the first time this year, but that doesn’t mean it’s easier to track the money spent, or how effective the ads have been.

A recent analysis from New York University was able to show some trends from the companies’ spending. By tracking 884,000 ads from each of the companies’ archives from Sept. 9 through Sept. 22 of this year, the researchers were able to conclude that Beto O’Rourke, who’s running to replace Ted Cruz in Texas, and President Donald Trump are some of the biggest spenders.

But the three companies vary in what they consider political ads, and the rules about how they treat that content differ. Since there’s no legislation governing political ads on social media, the companies are allowed to make their own rules, which makes studying the advertisements—and understanding the effect they have—more complicated.

For example, Twitter discloses exactly how many impression an ad gets; Facebook and Google give only a range. And Facebook considers issue ads—like ads for clean energy from for-profit companies—to be political spending. Twitter and Google have historically treated those kinds of ads differently, but Twitter is starting to enforce a similar policy.

Furthermore, the companies differ in the kind of access they give to researchers. According to the NYU team, Facebook initially gave them access to their ad spending archive, then blocked their scraping tool or limited the number of ads they had access to. Google’s data is the most accessible—it’s all available on the cloud.

Perhaps most troublingly, the companies vary greatly regarding the kinds of information they give about who purchased the ads. Twitter gives only a name and billing address, while Google gives an Employee Identification Number (EIN) or Federal Election Candidate (FEC) which links directly to the Federal Elections Commission so users can see if a PAC is funding the ad.

Researchers found that Facebook was running the most ads, but advertisers were spending more money per ad on Google. Google also had the most impressions per ad of all three companies.