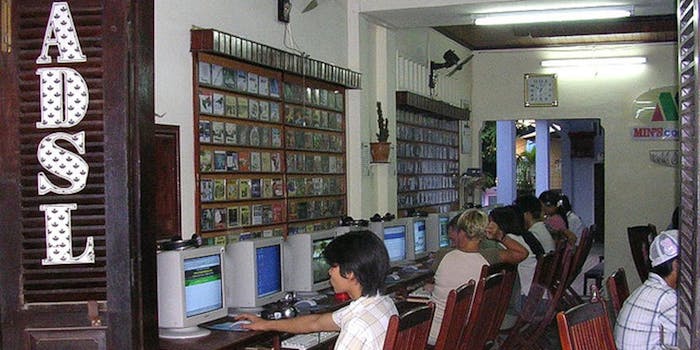 Vietnam: The worst place in the world to be a blogger?

Vietnam is dedicated to criminalizing dissent on blogs, Here's why its latest victim was put away.

Vietnam is a trailblazer in the practice of jailing Internet writers, arresting dozens at a time and handing out 25-year prison sentences.

The latest blogger to be arrested is Pham Viet Dao, who was incarcerated for “anti-state activity,” according to the Committee to Protect Journalists.

Dao writes about “politically sensitive issues such as the territorial dispute with China.”

If Dao is found guilty of violating Article 258 of Vietnam’s penal code, he will face a sentence of up to seven years.

The latest prolonged crackdown began last year, with the police at one time arresting more than a dozen bloggers.

The courts have handed out sentences in excess of a decade for various “crimes” involving dissident speech and even simply mentioning sensitive issues.

Influential opinion leaders are high on the target list and are being fought online by a small army of government-employed bloggers.